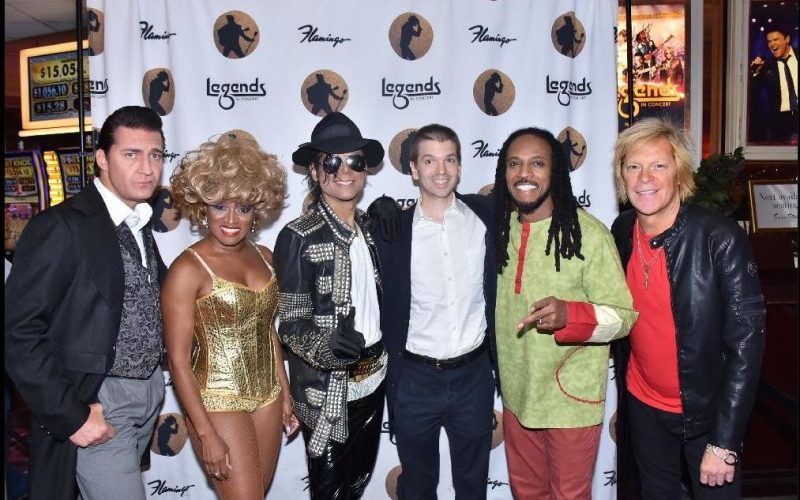 The longest running show on the Las Vegas Strip is now 35 years old. That show, Legends in Concert, which began in 1983, is comprised of impersonators of some of the most notable music stars of the past and present. People attending the show get to witness great performances by top shelf impersonators. Such icons as Michael Jackson, Elvis and Tina Turner are paid homage to.

Aside from their impersonations, both Jason Morey and OneGunn have their own music careers. Jason performs in the band, The Lovesick, that just released its third EP. OneGunn has worked with Paul Abdul on some of her most famous songs, including Opposites Attract and Forever Your Girl. His latest CD project was picked up by an Australian label for worldwide distribution.

Legends in Concert has something for everyone, with so many different eras and genres of music packed into 90 minutes. It is one of the reasons why the tribute show has stood the test of time on the Las Vegas Strip for over three decades.

After a recent show performance, we sat down with Jason Morey who impersonates Jon Bon Jovi and OneGunn who impersonates Bob Marley, at the Donnie and Marie Showroom to learn more about how they ended up as impersonators and who they are away from the people they portray in the show.

For Jason Morey, one night he was performing somewhere and famous comedian Dave Chappelle witnessed his act and thought he was Jon Bon Jovi. From there, he knew being an impersonator would be something worth pursuing:

“That kind of started everything off. From there, I put the show together and you know, yeah. 1500 shows and 15 years and now I’m with Legends [in Concert].”

For OneGunn, he tells us what bringing Bob Marley to the stage for the first time, at Legends in Concert on the Las Vegas Strip, means to him:

“I always enjoy doing the show, but I also try to make sure I pay homage to his family, be respectful when I’m performing and I just wanted to, I saw that he wasn’t out there and when you think about legends, not even doing Legends in Concert, but just great legends that need to be portrayed in a tribute performance, I’m like, yeah, if I get out there and do it, I gotta do it right. So I did a lot of studying.”

Jason and OneGunn both shared with us what’s currently going on with their music careers away, from Legends in Concert:

Jason Morey: “I have an original band back home, The Lovesick. We just put out our third EP here, what, last month. And that’s available iTunes, digital streaming, the whole deal.”

OneGunn: “I released my first, believe it or not, my first CD last year and I’m on my second which has been picked up by an Australian label and to be distributed worldwide. So I’m excited about that.”

You can find more information about Legends in Concert at the Flamingo Hotel and Casino and purchase tickets clicking here.

You can find more information about Jason Morey’s band The Lovesick on their Facebook page clicking here.

One Reply to “Legends in Concert Celebrates an Amazing 35 Years on the Las Vegas Strip; Show at the Flamingo Hotel and Casino in Las Vegas Continues to Wow! We Sit Down with Two of the Performers, Jason Morey and OneGunn”