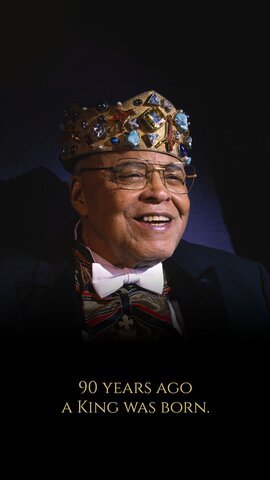 The legendary actor of stage and screen, whose work in movies and television goes back to the 1950s, will be reprising the role of King Jaffe Joeffer in Coming 2 America. He will star in the film along with Eddie Murphy and Arsenio Hall. Mr. Jones originally played the role in Coming to America, 33 years ago, in 1988.

Coming 2 America will debut on Amazon Prime on March 5th.

James Earl Jones is one of the world’s greatest living actors. He arguably has the most recognizable voice in the world. His father, Robert Earl Jones, was an actor as well. Father and son acted in three plays together, during the 1960s.

We wish Mr. Jones the very best. We look forward to seeing him in Coming 2 America.