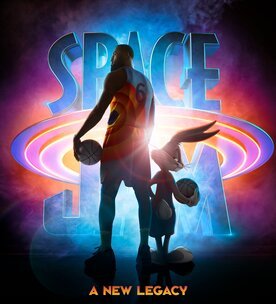 It has been nearly 25 years since Michael Jordan and his fellow NBA stars teamed with Bugs Bunny and the rest of the Looney Tunes cast and Bill Murray in the movie Space Jam.

This weekend, Lebron James hit the silver screen in the role previously occupied by Michael Jordan, as the lead NBA star in a standalone sequel to the original film, in Space Jam: A New Legacy.

Bugs Bunny is back with the Looney Tunes cast, a new cast of NBA players and actors Don Cheadle and Zendaya for this movie.

Reportedly, the animated film will win the box office this weekend with an estimated $30 million dollars in ticket sales.

This picture introduces today’s young people to the Space Jam franchise Michael Jordan made famous back a quarter of a century ago.

Time sure does fly. (Sigh)