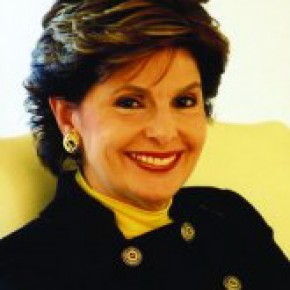 On Monday, prominent, Florida Attorney Roy Black spoke with us about the Tiger Woods situation. He also told us why he thinks Rachel Uchitel – who has denied being Tiger’s mistress – reached out to powerhouse, feminist attorney Gloria Allred.

Here is what Black said when I asked him about Attorney Allred and Ms. Uchitel:

CY: It’s been reported by the National Enquirer that Rachel Uchitel is the alleged mistress of Tiger Woods. Earlier this week, Ms. Uchitel met with attorney Gloria Allred. Why do you think she would meet with Gloria Allred at this given point and time?

Roy Black: “The only reason anybody meets with Gloria Allred is to work out your media strategy to be sure that you’re on every possible TV show 24 hours a day.”

CY: Any final thoughts on this matter?

Roy Black: “Yeah. That’s not a good sign for Tiger Woods that she’s meeting with Gloria Allred cause Gloria is just there for Gloria. She’ll go on every TV show and God only knows what she’ll be selling on those shows.”

I touched base with Gloria Allred yesterday, via email, to see what response she might have to what Attorney Black said. Ms. Allred sent me the following, in an email early this morning:

Gloria Allred (via email): “He is talking about something that he knows nothing about. I wonder what his motives may be in making such a statement. Is he upset that Rachel chose my firm to represent her and not him? Is he upset because we choose to represent victims of crime while he has chosen to represent criminals and those accused of crimes? I wonder how he measures success. Does he celebrate if he gets a murderer or a rapist off to walk free on the streets again? He should do what he does best, which is crawling in the gutter to represent the dregs of society.” 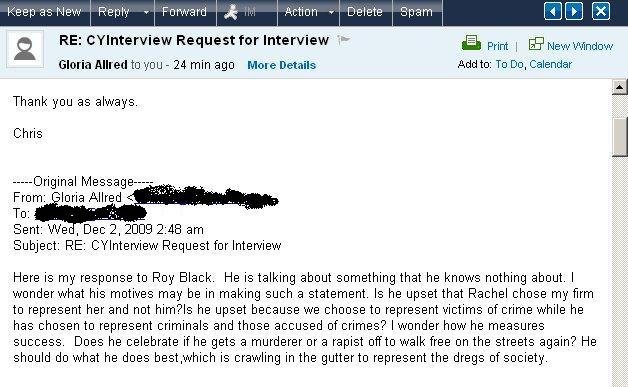