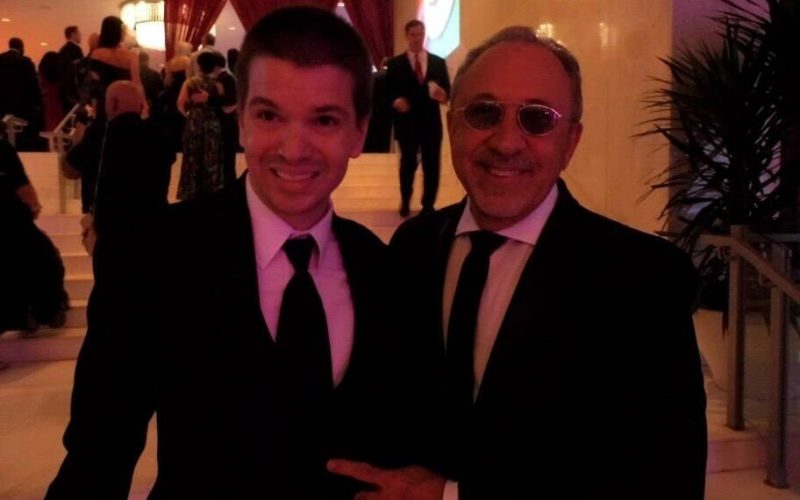 In recent years, Las Vegas has become one of the go to cities to host award shows. Last night, the 23rd Latin Grammy Awards was held in the Entertainment Capital of the World, at the Michelob Ultra Arena at the Mandalay Bay Resort and Casino.

Some of the evening’s winners included pop star Christina Aguilera in the Best Traditional Pop Vocal Album category for Aguilera and Bad Bunny in the Best Urban/Fusion Performance category for Tití Me Preguntó.

Multiple time Grammy Award winner, music producer and musician Emilio Estefan of Miami Sound Machine fame, was at the awards show last night. You can see our photograph with Mr. Estefan, from the 2014 edition of The Blacks’ Annual Gala at the Fontainebleau Miami Beach hotel, above. That evening in 2014, we also CYInterviewed his wife, international music superstar Gloria Estefan. You can see that CYInterview by clicking here.

Speaking of awards shows, we at CYInterview believe bringing the Academy Awards to Las Vegas would add another level of excitement to Hollywood’s biggest night. Perhaps, that will happen. Other major entertainment events are now taking place here. Why not the Oscars!