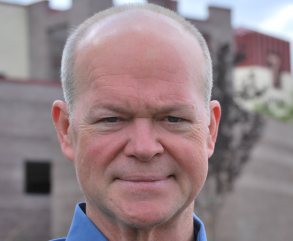 When U.S. Senate Minority Leader Harry Reid announced he would not seek another term in the United States Senate, it threw the door wide open to contest his senatorial seat in the 2016 Nevada elections. This means we will be seeing new faces, on all sides, vying to go to Washington, D.C to replace him. Mr. Reid first won election to the Senate in 1986.

Consequently, we welcome current Las Vegas City Councilman Bob Beers. He is the Councilman for Ward 2. The veteran politician has announced he is running for the Republican nomination for Mr. Reid’s Senate seat. Mr. Beers has also served as a member of the Nevada Senate and the Nevada Assembly. He shared with us that a group of Nevadans had asked him to run for the U.S. Senate in the past and now is the right time for him to do so.

Featured columnist Jay Bildstein joins me for this conversation, as the candidate for the Republican Nomination to run for the United States Senate shares some of his ideas for the state of Nevada and the nation. You can read the highlights or listen to the entire CYInterview below:

Focusing on Senate Minority Leader Harry Reid’s decision not to seek re-election to the United States Senate, the Councilman shared this:

“As a purely practical matter, there were probably a number of folks who are both in and out of Nevada, who were afraid to do something to anger Senator Reid and those people are now free agents I guess. So that to me seems to be the most significant change. … There are long time Nevadans who disagree passionately with the policies that Senator Reid has carried out and advocated, but for reasons of friendship and favors and things like that, they’ve decide they’re going to sit on the sidelines. We had a Republicans for Reid group here in Nevada in 2010. That enumerates who those people are. Those people are now free agents and they no longer have to sit on the sidelines and they can once again get involved with the concept of finding someone and electing them based on synchronicity of philosophies and agendas.”

His economic philosophy is that you cannot spend more than the taxes/revenue you take in. Currently, the United States Government borrows close to half the money to pay its bills every year. He offered this:

“80 years, we’ve been spending more than we’ve been taking in, borrowing the difference and it is, no way I just don’t see any way to do that and not hurt our children and our grandchildren. … We need to get everyone agreeing that this is a problem and right now government accounting standards are rigged to mask that there’s an issue. Government accounting rules, unlike those for the private sector, say it’s ok to ignore your unfunded pension liability. That, just getting that fixed as a governmental accounting standard changed would help people understand that this is important and it’s very significant and we have to take some steps to fix it. …

It’s clear that the Federal Government cannot afford to do all the things that it’s been doing. It’s as well clear I think to most students of the Constitution that the Federal Government is involved in a lot of things that it has no constitutional authority to do. I think synergizing and meshing those two concepts gets us to a solution that will solve the problem. It’s most important for people to realize that it’s not hopeless. People recover from bad spending habits all the time. There’s various ways to do it. It absolutely can be done.”

If the United States Government were a company, Councilman Beers agrees it would be insolvent:

“Yes [it would be insolvent] and the people that it owes money to would be demanding modification of its spending behavior and would be frankly granted it by the court. … There’s lots of things we want done and the Federal Government is the wrong vehicle to do it. Let the state government provide that service and that way people can raise their own money to pay for it and decide if it’s really worthwhile.”

Finally, Councilman Beers serves Ward 2 of the Las Vegas City Council. Reflecting on what he has done on the job there, he told us this:

“If the voters in Nevada want to send somebody else back there [to the United States Senate], better candidate, why go ahead ‘cause I’m actually having a great deal of fun here on my Las Vegas City Council. We’ve just been through more than a year long exercise where our mayor wanted to put 100 million dollars into a private development for a creation of a soccer stadium here and I led the effort to stop it and I’m pleased to say that I was successful. So I’m very happy representing my folks in my neighborhood on my city council, but if enough of them want to send me back to Washington to represent them and bring the kind of fiscal common sense there that I demonstrate here, I’m willing to serve.”