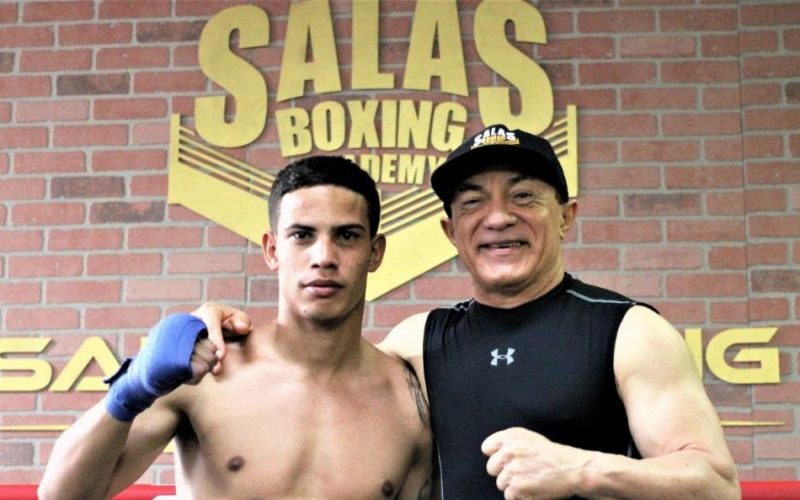 Ismael Salas is a boxing coach with over 40 years of experience. Hailing from Cuba, his work has taken him all around the world. According to The Fight Site, Mr. Salas has taught boxing in Pakistan, Thailand and even North Korea. In 1983, he became head coach of the Cuban National Boxing Team.

Today, Mr. Salas makes his home here in Las Vegas. He has a boxing school called the Salas Boxing Academy. It is located at 2555 S Jones Blvd. Last weekend, his fighter Yordenis Ugas defeated Manny Pacquiao here in Las Vegas, in a fight seen on pay-per-view.

Mr. Salas is now working with up-and-coming fighter, super bantamweight Ariel “The Machine” De la Torre. The boxer currently has a record of 6-0, five of those wins coming by way of knockout. You can see a photograph of the two above.

On what it is like to now be training in Las Vegas with Mr. Salas, Ariel said this:

“I’m very happy to be training in Las Vegas with Salas, who is one of the best boxing coaches in the world. … I know there will be a lot of great fighters in the gym, so I want to learn as much as possible from everyone, especially Salas. Training with world class fighters is only going to elevate my career.”

We look forward to following Ariel’s progress as he gets ready for his first fight in the United States.