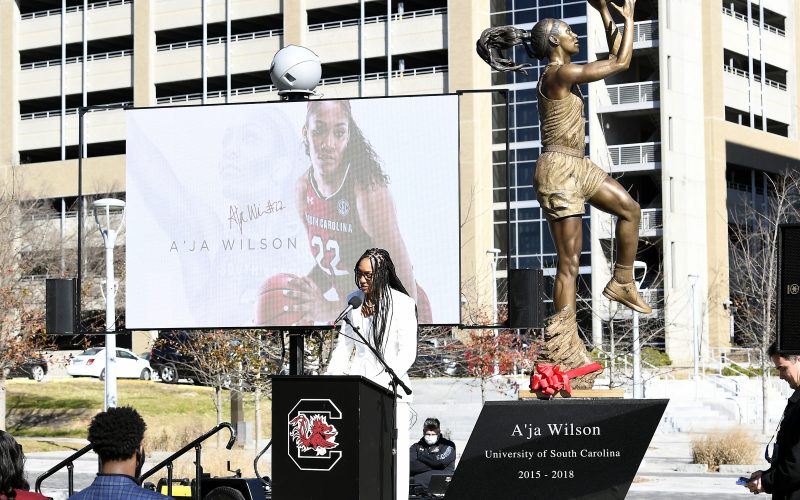 On Monday, Las Vegas Aces’ star A’ja Wilson returned to her alma mater, the University of South Carolina, to be honored. The school unveiled a statue commemorating Ms. Wilson’s tenure on the women’s basketball team, from 2015 to 2018.

While playing for the Southeastern Conference (SEC) school, she led them, in 2017, to their first ever National Championship in women’s basketball. Over the years, Ms. Wilson has become a celebrity in Columbia, South Carolina. This latest recognition continues to signify her importance to the Gamecock Nation.

In 2018, she became the first pick in the WNBA Draft. Before making her professional debut, she spoke with us back in 2018 [see here].

This past WNBA season, she was crowned the league’s MVP. A’ja is quickly becoming one of the most accomplished women’s basketball players In history. The city of Las Vegas should be proud of her, for her latest recognition. It will not be her last.