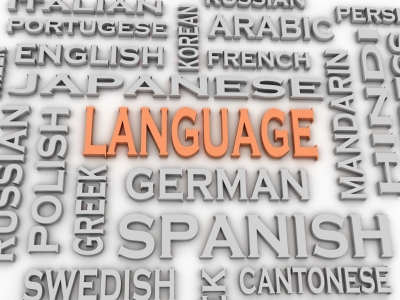 The fact that language interpreting is a specialized skill is still a commonly misunderstood concept. It’s surrounded by a halo of “anyone can do it”. You’ll also often hear the words “translator” and “interpreter” used interchangeably – my personal pet peeve when it comes to referring to language access. I’ll try to sort the matter out a little.

What do singing and dancing have in common? Music or rhythm you might say. Does this mean anyone who is a good dancer is also a good singer? In rare cases, the answer is yes. Do you need different abilities and training for these activities? Yes.

Now, back to interpreting and translation: Transferring ideas from one language to another is their common ground. But just like singing and dancing, they require a different set of abilities. Not everyone who is a good translator is a good interpreter, although some individuals will master both. In case you’re wondering, translation is written and interpretation is spoken.

Here comes the million dollar question: Who can interpret? That being the question, anyone can. Any person, regardless of speaking two languages, can interpret. You can figure out a lot from context and pick up a word here and there, and then spout out your “rendition.” When Nelson Mandela, one of the world’s most respected leaders died, there was a sign language interpreter at his funeral. The “interpreter” did not know sign language, but somehow he was able to fool someone into giving him the job. There you are – Anyone can interpret.

The better question is: Who can interpret accurately? In general, professional language interpreters have a combination of the following: equal command of two languages (being bilingual), experience communicating with people in different settings and language registers, higher education in areas related or unrelated to languages, and training in the field of interpreting.

We all believe in the power of education and training. Of course, if you train and study in a certain field, you are bound to get better at it. Yet, there is another component when it comes to interpreting. As with singing or dancing, some people have an innate talent to interpret and others do not. In my eyes, a good interpreter has to have both training and a natural talent for language access.