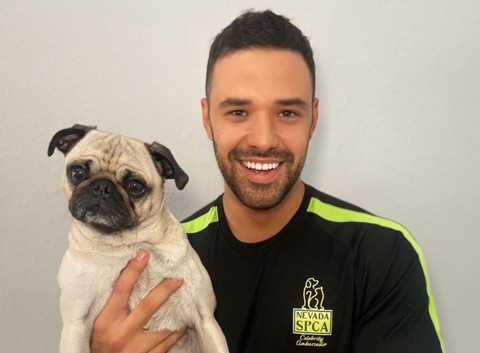 For two decades, the Las Vegas show Thunder From Down Under has been entertaining audiences at the Excalibur Hotel and Casino. The male revue is comprised exclusively of guys from Australia. The cast of chiseled men received much applause from the audience when we were in attendance recently [see here].

One of the cast members, Kurt Joseph, joined us on CYInterview to discuss his experience as a member of the production.

On what has made Thunder From Down Under a lasting success on the Las Vegas Strip, Kurt shared this:

“The crowd participation I think is what does set us apart from other male revues where it’s not just a show on stage with the guys just up there. We’re out in the crowd and then we’re also getting participants from the crowd on to the stage as well and it’s a full 75 minute, fully choreographed, it’s an intense show. It’s not just of what people may think is a grimy strip club, kind of environment. It’s a real show and we’re really proud of the production we have put on.”

Speaking about what it takes to be up on stage in this male revue, the Las Vegas entertainer said this:

“Obviously you have to have a bit of a body on you. You like going to the gym, keeping fit, staying healthy. Then second of all is personality because that’s again what sets us apart from everyone else as well. I also think, is all the guys are really down to earth, almost like boy next door vibes and you have to have the right attitude to be in the show. The dancing comes later. You get taught that once you get to Vegas. Some guys pick it up in a couple of weeks. Some don’t pick it up to a couple of months. But I think personality is key for the audition process.”

Speaking about the athletic background of the cast, he offered this:

“All of the guys have got an interest in fitness and health being whether it’s gym or playing sports. I say about 100 percent gym and about 80 percent sports and the main sport would, I would say would be rugby because it’s a big one down under.”

Additionally, Kurt Joseph shares with us his training regimen for Thunder From Down Under, his history as a DJ and even being the track spinner for Las Vegas entertainment legend and past CYInterview guest Frank Marino’s [see here] wedding and much more.

You can hear those stories by listening to the entire CYInterview below:

Listen to the entire Kurt Joseph CYInterview on YouTube:

You can find Kurt Joseph on Instagram by clicking here.

You can find more information on Thunder From Down Under by clicking here.

Find Thunder From Down Under on Instagram by clicking here.