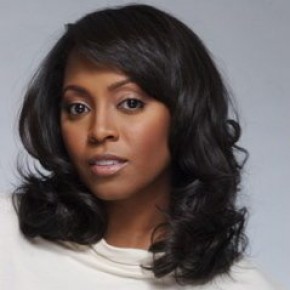 Keshia Knight Pulliam’s acting career spans almost three decades and she’s not even 30 yet. The month of February brought a number one movie with a role as a prostitute that Hollywood was surprised she took on. Many will never forget her role as the little girl Rudy Huxtable on The Cosby Show, but today she’s an educated and attractive woman who is now a successful adult actor. Pulliam would also like all her fans to know she doesn’t have a Facebook or My Space page. The ones currently online are not her.

Chris Yandek: You’re the youngest person to ever get nominated for an Emmy back in 1984 at the age of six on The Cosby Show. Did you understand what any of that award recognition, any of that adulation meant at that time as you were growing up? When did you maybe understand what it all meant?

Keshia Knight Pulliam: “I think as you get older it gets clearer in terms of exactly the magnitude of the situation and the award. I remember being very excited and actually going to the awards and all of that when I was six. Definitely it’s been put in better perspective as I’ve gotten older, specifically just the historical relevance and how it has made history in terms of The Cosby Show.”

CY: Do you ever wish as you look back on your acting career that you would’ve started a little older?

KKP: “No, not at all. I had absolutely had no regrets about my career. I mean it was my life. Everyone has different life experiences and those experiences no two persons are the same. They are what shape the person you are and become. This is the same that goes for me. I’ve been in the business since I was nine months old. This is all I’ve known. This is my life. This is what I do and I love it.”

CY: How do you think you handled the pressure as you were growing up? I know Bill Cosby was a great role model for you but were there any tough moments and struggles along the way as you were trying to discover your identity of who you were?

KKP: “I think everyone, it’s part of life. You go through growing pains as you figure out who you are and how you relate to others, and all that sort of thing. Overall, it was definitely a positive experience and that’s what I focus on. I have had the best of both worlds. I’ve had an absolutely outstanding career and I’ve also enjoyed my peers and gotten a college education, and done it all. I really look at it as I’ve had the best of both worlds.”

CY: Took the time off to go to college and when you finished college and went back to acting, were there any challenges to get back into the game? Was there maybe an attitude that you had your moment in the sun and we’re going in a different direction? Were there any struggles?

KKP: “I think anything worth having you have to work hard at and work hard for. I think that kind of goes without saying in terms of just working hard. No matter where you are in your life you can ask any person no matter how successful. The successful ones are the ones who keep going who continue to persevere. You’re always going to have roadblocks, you’re always going to have obstacles no matter what. It’s about you doing the work in having goals and continuing to strive for them. You don’t focus on all that.”

CY: You’re in a number one movie, back on the big screen. What does it mean to you? What has the last few weeks meant to you? What does the adulation, the attention, going on major television shows, kind of being introduced to the public meant to you overall?

KKP: “It’s funny because some people are like ok, yeah. But I’ve been here all along. No. I don’t mean like that. It’s been absolutely wonderful. This isn’t the first project. I’m actually also in Tyler Perry’s: House of Payne. I did Beauty Shop a few years ago. I did The Gospel, which opened number one as well. I am just really happy to 30 years later, still being able to work as an actress and do something I love so much, earn a living at it, and be able to positively affect people’s lives in such a major way. At the end of the day, that’s really what it’s all about.”

CY: Is there any key to your success of your longevity and your staying power? Many people aren’t as lucky to transcend their career from a child actor to an adult actor.

KKP: “You know? There are. It’s funny. I was thinking about that. I always get asked that question. I think so many people often focus on the negative stories and not on the positive stories of the people that have transcended like the Drew Barrymores, Jodie Fosters,and the Ron Howards. There is so many people that have made that transition. It’s just that people choose to focus on the not so great story. I think it’s definitely doable and at the end of the day like I said it’s about hard work, honing your craft, and persevering.”

CY: Is it hard for people in general to see you like that? Do they still see the child? Can they not picture this beautiful, grown up woman that you are today?

CY: Going back to this movie [Tyler Perry’s: Madea Goes to Jail], you played someone different. You played a prostitute. There were some people in Hollywood that were surprised you did such a different role. Why do you think people were surprised you took on this role?

KKP: “I don’t know why people are surprised. That’s what you do as an actress. What you do as an actress is that you play different people. That’s the fun of my job. One day I can be a prostitute, another I can be a doctor, another a housewife, another an entrepreneur, fashionista or whatever. That’s the joy of being an actress, playing so many different roles. This is definitely a departure from anything I’ve ever done. It was a challenge that I was looking for that I was excited about. At the end of the day, I wanted people to walk away and see my talent as an actress. Not for just any one particular role I had played in my past.”

CY: What should we know about you that we don’t?

KKP: “I don’t know. I am just me. I enjoy life. I love what I do and I love enjoying myself while I do it.”

CY: You were this young child. You took America’s hearts by storm on The Cosby Show. Now we fast-forward a few decades later and Barack Obama’s daughters Sasha and Malia have taken the heart of the country by storm. What advice would you give them being in their shoes about how to handle all the adulation and attention as you were trying to grow up and be just a normal kid?

KKP: “I think at the end of the day you just have to just realize that enjoy life. You can’t live for others or worry what people have to say. You just have to be your most true honest you and you’ll be fine. People are going to have something to say regardless of how good you do or not. At the end of the day, that’s just what it is, their opinion. You can’t live your life based on other’s opinions.”

KKP: “It wasn’t like you say get through those times like it was bad, but it wasn’t for me. I genuinely enjoyed what I did. I genuinely really liked going to the set. I really loved being able to spend time with my peers and going to regular school. Like I said, I guess I just had the best of both worlds. I was able to do so much more than anyone else my age or older would’ve been able to do. I guess that interaction with my peers in addition to having a full fledged career.”

CY: In closing, what do you want to do in the future?

KKP: “Well, honestly my attentions are turned right now to my production company Pullpenn Productions. We have several projects that we’re working on. We’re building our website and doing some direct to web projects at www.pullpenn.com and we also have some projects for television coming up and we’re in various stages of each. I am very excited.”