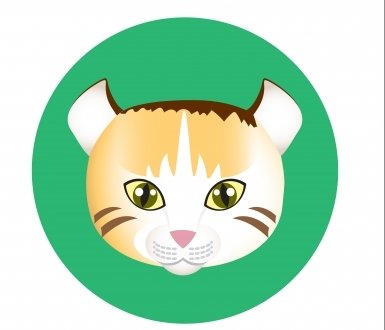 [*Author’s Note: This is a work of fiction. Any similarities between the cat in this tale and any person or animal living or dead is merely coincidental.]

“One day you are running, giving it all you’ve got and the next day you are knitting decorative covers for your collection of stuffed mice. That is the thing of it. Life is variable. All activity has ups and downs. The tides of fortune roll in and out. It is up to us to catch successive waves of opportunity. We must not be drowned by the sorrows of spilt milk.” So began Juniper Vafflevash’s 36th discourse on what it meant to be a cat in a world filled with predominantly non-cats.

Juniper was a stunning, sleek black feline who enjoyed practicing levitation as well as developing incantations to ward off well-wishers who plied him with ever increasing amounts of albacore tuna in a can.

“Tuna is nutritious, but if you eat it every day for five years in a row, you might get bored of it, n’est-ce pas?”

(Now, should you think this is simply another anthropomorphized cat story, I ask you, what of it? Is there something less compelling about a talking cat than a silent human? Think about it? What might Schrödinger say? Verstehen sie? But I digress.)

“It is all the click-clattery that I cannot stand,” said Juniper. The odd thing is he was responding to a question from a giraffe in the audience, who wanted to know whether it was worthwhile to purchase a GPS unit for his car. It was these types of seeming non sequiturs that kept the assembled ping ponging between uproarious laughter and scratching their heads.

How does your average domestic cat become possessed of such a broad knowledge base and irreverent wit? Why was Vafflevash not like the other cats? Why couldn’t he just jump up on the furniture and meow or make himself into a ball on the bed and purr? Why indeed?

Life is filled with mysteries. We often ponder existence and how everything began. At times our imagination stretches to the far reaches of the universe and what we might find there. Sometimes we are drawn into thinking about what lies at the bottom of the deepest part of the ocean. However, what is truly mysterious is the life of the mind, particularly the potential for uniquely individual thought and creativity. The divergent processes of mentation that can exist between individuals brought up in the apparently same environment can prove vexing.

Juniper Vafflevash had an answer for this, “We are often too timid to examine the life of the mind, particularly if that mind belongs to someone who does not think like most of us. Why? Because it challenges our assumptions about life. It challenges the structure of our reality. It shakes up our ontological and cosmological applecart.”

Hmmm, cats can be smart. Sometimes, so can humans. Sometimes.

Image courtesy of solargaria at FreeDigitalPhotos.net