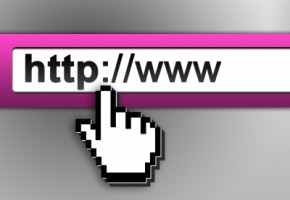 Back in high school, there were kids who I suppose could be classified according to different stereotypes. We had jocks, nerds, guys in black leather jackets, loners, class clowns, cheerleaders, prom-queen-types, pretty boys, you name it. There were also individuals who fit no stereotype at all.

Socially, high school tended to be a giant popularity contest. In a way, it sounds a lot like the Internet. I doubt that’s a good thing.

The Internet operates at a kind of high school mentality. Something gets deemed cool by a website that’s in and what they’re pushing suddenly is considered cool, in or relevant. The next thing you know, it seems the entire Web is buzzing about the same thing.

What is most interesting, or disturbing depending on how you look at it, is that something that gets at lot of attention on the Internet does not have to be, in the scheme of things, particularly important or informational. It just has to be promoted by those who themselves are popular.

Let’s review that last thought. Things get attention on the Internet by being promoted by those who are popular or at least seem popular. Yes, you can accuse me of a “duh” moment. But, there is something disturbing about such a potentially transformational technology being used to echo tidbits of marginally tantalizing yet intellectually valueless scandal. Wouldn’t it be better if what gained momentum online were initiatives to solve some of the great challenges of our time?

Okay, I’ll get off my soapbox or high horse or soapbox on a high horse, whatever!

I understand that the Internet gets put to excellent use by many. I also understand that there are literally thousands upon thousands of webmasters working on their websites day in and day out, putting together first class content and generating important conversations that get crowded out by high school level popularity drivel.

How many bloggers have something interesting and informational to say only to get marginalized by Internet news cycles driven by poorly behaving starlets, politicians making largely personal mistakes, paparazzi gotcha moments and those types of things?

Webmasters, if they hope for their sites to be relevant, often find themselves spitting into a trash filled wind.

There is good news though. The world is a big place. The Internet is a big place. Good content, in the long run, will still always find a way to be king. Sleaze and scandal may grab attention, but many, many people are looking for something better than that. And the beauty of the Net is that something can become very popular overnight via the democratic click of a mouse/cursor or use of an app.

Coming up with compelling content, day in and day out, is not an easy task. But then again, it shouldn’t be an easy task. Easy does not mean better. And short term trajectories don’t necessarily drive long term results or success.

Some kids in high school become popular out of a preponderance of their sheer coolness. A lot of times, though not always, being that cool comes at the expense of paying attention in class, doing homework, preparing for exams, etc. So someone could be really cool in high school yet not make it into a good college.

Being the pinnacle of cool, for a short while, only to end up getting left behind years later because of a lack of focus on what really matters is not a recipe for a successful life.

There are websites, blogs, media platforms, whatever, generating lowest common denominator material to up their traffic. But many of those sites are only thinking of the short term. In the long run, quality content is king. Oh, and quality content can be cool.

Whether we think the state of the Web is pleasing or pitiful, it is up to all of us to do the best we can to use this technology for more than verbal, visual and textual diarrhea.