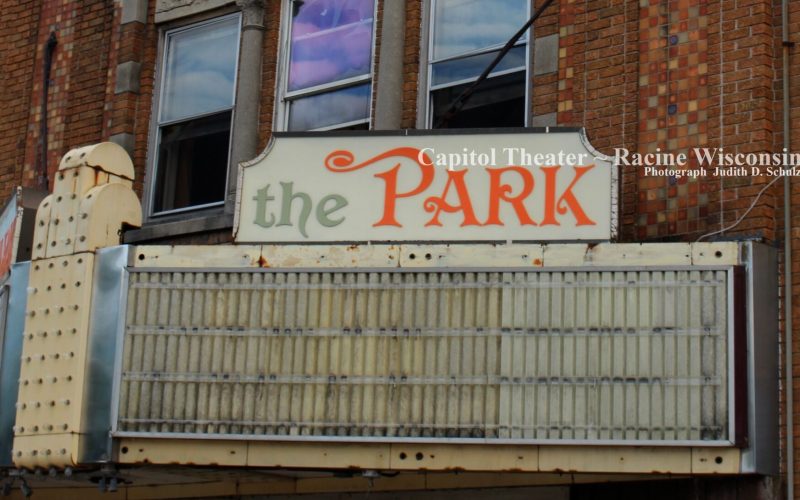 Judith Schulz is a native of Racine, Wisconsin, a city in a county by the same name. Her family built many of the buildings in the city, going back at least three generations. She has a track record for preserving local history. Ms. Schulz is the founder of The Spinning Top and YoYo Museum, which she has run for several decades, in nearby Burlington, Wisconsin. She has also opened two cornerstones (time capsules) in Racine, one from 1870 and the other one from 1914.

Ms. Schulz and a group of concerned citizens are now working assiduously to surmount a challenge to their city’s architectural and cultural history. The City of Racine is set to demolish a theater built in 1928. That theater, originally known as the Capitol Theater, and more recently known as the Park Theater, is where a 14-year-old Les Paul took to the stage to perform in 1930.

Judith was kind enough to join us to discuss the efforts to save the theater and give her input on why she believes the city had been recalcitrant in canceling the order to demolish the building.

Listen to the entire Judith Schulz CYInterview on YouTube:

Find more on saving the Capitol Theater in Racine, Wisconsin by clicking here.