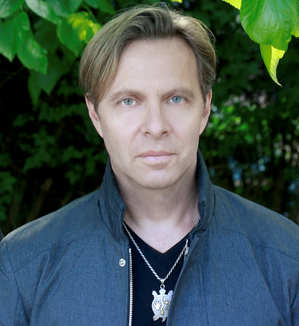 Music group Johnny Hates Jazz captured people’s attention with their 1988 hit Shattered Dreams. The song went to number one on Billboard’s Adult Contemporary Chart and number two on the Billboard Board Hot 100 Chart. The catchy tune can still be heard on the radio today.

Johnny Hates Jazz is originally from the London, England and their lead vocalist/songwriter, Clark Datchler, penned their hit Shattered Dreams. Back when the song was a hit, some were comparing Mr. Datchler to the late, great George Michael.

Today, Johnny Hates Jazz has a new album. It is scheduled for release in the Spring of 2020. The band continues to perform their music worldwide. There is a possibility that the group will tour the United States for the first time in many years. Will they come to Las Vegas? Only time will tell.

Recently, Clark Datchler joined us on CYInterview, calling in from his recording studio just south of London, to talk about the new music ahead for Johnny Hates Jazz, as well as to reflect back on the band’s rise in the 80s music scene, how he survived cancer, how the band got their name and his hopes for their music today.

You can read the highlights and listen to the entire 20 minute CYInterview below:

On what Clark Datchler hopes to accomplish today with Johnny Hates Jazz’s upcoming new album, he told us this:

“We’re still hoping to communicate with people because that’s really what music is all about. … We’re just trying to communicate our thoughts and feelings to other human beings. … I’m very excited about this new album. So, I’ve got great hopes for next year.”

“During the making of the song actually, it was my father [Fred Datchler] who was a very successful jazz musician who popped his head through the door and just asked me, ‘What is that you’re working on?’ I said, ‘It’s a new song I’m writing called Shattered Dreams dad.’ And he went quiet and he said, ‘I think you’ve written your first hit.’”

At the time of Johnny Hates Jazz’s rising fame, in the 1980s, Clark Datchler was being compared to George Michael. For a period of time, he left behind the band to work on a solo career, before rejoining the group in 2009. He says George Michael wanted to produce his solo album, but it was an offer he declined at the time telling us:

“It’s interesting the comparison to George Michael because when I left the band, George actually reached out and asked if I’d be interested in him producing my solo, my solo album. And for some reason, I didn’t think that was the right situation. Perhaps in retrospect that would’ve been a very good situation because I think there was certain elements musically where we were probably kindred spirits. But I think again, something that really I can reflect upon in retrospect and say now that I think that was a great honor.”

Back in 2013, Clark Datchler dealt with a form of cancer called Gastrointestinal Stromal Tumor. He feels very fortunate to be alive today telling us:

“I was in a very serious situation for a while and I think perhaps that has had an effect on this new album. There’s no time to waste in my mind in terms of what needs to be said through music and what needs to be accomplished. So, I think it’s made me all the more determined if anything to bring our music to the world in as prevalent a way as possible.”