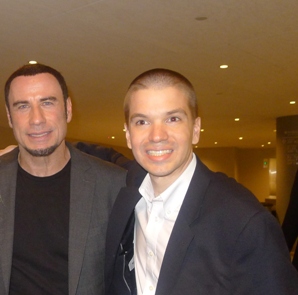 The star of such movies as Saturday Night Fever, Grease and Urban Cowboy posted the following on Instagram, “Kirstie was one of the most special relationships I’ve ever had. I love you Kirstie. I know we will see each other again.”

In addition to her film work, Ms. Alley starred in the television shows Veronica’s Closet and Cheers.

You can see our photograph with John Travolta above.