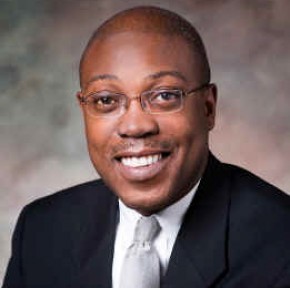 This year’s college basketball season might be behind us, but the memories live on forever. The 1982 North Carolina Tar Heels defeated the Georgetown Hoyas 63-62 in one of the most memorable title games ever where Michael Jordan hit the game winning shot and made his name. Starting point guard Jimmy Black reflects on all the memorable stories from that season in a book about the season titled Jimmy Black’s Tales from the Tar Heels.

Listen to the Jimmy Black CYInterview:

Chris Yandek: Do you still smile?

Jimmy Black: “I do Chris. I try to treat this world and live in it to be the happiest person in it.”

CY: While Jimmy Valvano was at Iona, he recruited you before Dean Smith and North Carolina came around. How would your college years have been different if you went to Iona, and what are your best memories of Jimmy?

JB: “Well, Jimmy V was a great…great energetic, dynamic young coach. I am telling you Chris, it was pretty much a done deal. By the grace of God, my mother said, ‘ Well, son, can you at least go visit North Carolina?’ I came down here and the azaleas were blooming. It was 78 degrees and met some wonderful people. I went home that Sunday and told my mom I was going to North Carolina. It was the toughest phone call I ever had to make, Chris. I had to call Coach V and tell him I changed my mind because we had gotten that close.”

CY: While at North Carolina in 1980 you were in a severe car crash that almost paralyzed you and James Worthy was the one that took you to the hospital. How did that car crash change your life?

JB: “Well, it taught me through the grace of God to slow down. I was moving at break neck speed and for no reason. Instead of going to sleep after staying up all night, I elected to drive down to the beach, which was a bad mistake because 45 minutes outside of Chapel Hill and I ran right on into a tree. That just taught me to slow down and move at the right pace for me.”

CY: What do you feel about Worthy today after him telling you that you had to go the hospital?

JB: “He saved my life. There is no question about it. That just goes to show you the camaraderie and love and friendship that we all had for one another. He didn’t have to do that. He could’ve granted my wishes and took me back to the dorm. He said, ‘No. Let’s go straight to the hospital.’ Thankfully we did. I have nothing but the utmost respect and regard for not only James but all my teammates.”

CY: The ACC Championship game on March 7, 1982 featuring North Carolina vs. Virginia was the game that lead to the creation of the shot clock and the three point line. What did it feel like not having a 24 second clock or three point line before that game that really made the change to it?

JB: “It was fun because now you can use different strategies to determine the outcome of the game. I wish we had a clock this past Sunday when the Tar Heels lost to Georgetown. I think that would’ve changed the complexion of that game tremendously. Now we can apply some slow down tactics as opposed to running up and down and shooting it every time you get a chance.”

CY: What does it feel like to be the man who passed the ball to Michael Jordan for the game winning shot against Georgetown in the 1982 National Championship knowing that shot put him on the map?

JB: “Well, I will tell you what, that could have been any one of us, not only making the pass but making the shot. We were just running our regular offense. I am very thankful that Michael was there and made that shot. That could’ve easily been James Worthy, Sam Perkins, Matt Doherty, or myself.”

CY: Was getting Dean Smith his first national title the best part of that year because of all the criticism around him?

JB: “Yes. That was gratifying to all of us, Chris, not only for ourselves, but just so he didn’t have to hear that criticism, particularly here in North Carolina.”

CY: I think one of the most interesting notes from the book is that James Worthy was responsible for bringing Sam Perkins to North Carolina. It is one of those interesting notes because who knows what the team would’ve been like without Sam who made as many contributions as you did and Matt Doherty.

JB: “Oh boy. I tell you, I am thankful Ralph Sampson didn’t come because he told us he was coming. As a consequence of him not coming, we started to recruit Sam. You are right Chris. That’s interesting. Who knows how we would’ve performed had Ralph Sampson been on our team.”

CY: When Michael Jordan joined the 1981 team, did you see that high competitive and winning attitude from him even as a freshman?

JB: “From day one…from day one. He didn’t know that he was a freshman. He walked around like he was an upperclassman. He talked from the moment he walked on campus till the moment he left campus. That’s just his nature. That’s what made him great. I am sure he is still talking to this day.”

CY: Roy Williams is the current coach today at North Carolina, but what was he like as an assistant during your years?

JB: “He was young. Roy and I came in at the same time. He was learning, coming from a high school situation prior to that. He was fortunate because he learned from three of the better coaches in Coach Smith, Coach Guthridge, and Coach Eddie Fogler.”

CY: What do you think of the game today?

JB: “The game has changed. These young men are so much stronger and quicker. Their shorts are much longer obviously. It’s a whole different game and it’s a fun game though. I think young men should enjoy playing the styles they are playing right now.”

CY: Finally, what are you up to today and what would you like readers to take away from this book?

JB: “Well, I would just like for all North Carolina fans to reminisce with the rest of our team. Along with Scott Fowler, I wrote a book that just talked about that season, gave you some insight into some guys you thought you knew, that you might know better after reading the book, and I think it’s a fun lighthearted read we enjoyed doing. It brought back a lot of memories for me and I hope so for all the Tar Heel fans.”

You can purchase a copy and find out more information about Jimmy Black’s Tales from the Tar Heels at the following link www.sportspublishingllc.com/book.cfm?id=860

You can check out Scott Fowler’s official website at www.scottfowlersports.com.