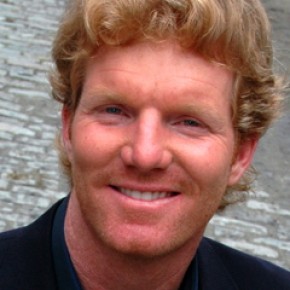 Besides Andre Agassi and Pete Sampras, Jim Courier represented the United States in men’s tennis as the number one ranked player in 1992. The 37-year-old won four majors during his professional career and today plays on a senior circuit with Pete Sampras and other veteran tennis players. Besides that, Courier is a producer for the upcoming ESPN Classics documentary Unstrung airing this weekend.

Listen to the Jim Courier CYInterview:

Chris Yandek: How is life after the ATP tour now that you have served as an analyst for numerous networks and are seeing the other side?

Jim Courier: “I am very…very happy with the way things have shaped up for me. I left the AP Tour circuit in 2000 and I did some television for Wimbledon and the US Open. I continue to do that for the US Open with USA Network as well as some work with Australia on channel seven, but primary focus is – I started a company in 2004 called Inside Sports Entertainment and we run tennis events. We started a senior tour for tennis called the Outback Champion Series, which we own and operate. I am in Boston this week for our third annual Champions Cup Boston Tournament with Pete Sampras, John McEnroe, Todd Martin, Wayne Ferrera among others, a tour of eight tournaments, six in the U.S. and two overseas. Just keeping me exceptionally busy. I am running it but also playing in it. I think I have the best of all worlds. I get to play tennis competitively with my peers and I also get to compete in the business space and I am having a blast doing it.”

CY: If you were able to go back in your prime and you were facing Roger Federer on clay, how do you think you would do?

JC: “I’d like my chances against Roger on clay and that’s the only surface I’d like my chances against him on. He’s quite the most complete tennis player that I think has ever played in the men’s game. I think he’s got a great shot at breaking all the records that are meaningful out there including Borg’s five Wimbledon’s in a row, which he tied. He’s going for six this year. He’s going for his fifth consecutive U.S. Open. He’s playing quite well the last few weeks on the clay. He really should’ve beaten Rafael Nadal yesterday in the finals of Monte Carlo and didn’t do it. He’s tough and I would only want to play him on clay. That’s for sure.”

CY: When you were the number one ranked player in the world, how do you think your competition was compared to Roger’s?

JC: “Well, I think the competition at the top was very strong in my era. I think that Roger’s competition is strengthening right now as we speak. I think Nadal clearly is one of the most dominant clay court players men’s tennis has ever seen. Obviously with his results at Wimbledon the last few years – reaching the finals, he’s getting competitive on other surfaces. I think he’s getting better. We have to remember he’s only 21 years old. Novak Djokovic winning the Australia this year signaled his arrival. I think he’s going to be a worthy challenger to Federer as well. Andy Roddick, lets face it – Andy Roddick has got a lot of criticism over the last three to four years since Federer began his dominate run and took number one from Andy Roddick. Roddick has finally beaten Federer this year. He’s also beaten Nadal and Djokovic. He’s moving himself back into contention, which is exciting for Americans.”

CY: Unstrung airs this Saturday night on ESPN Classic. How do you relate to these amateur tennis players that are portrayed in this documentary?

JC: “Well, these seven kids that we follow in Unstrung for the better part of a year, these are aspiring professionals. I certainly was an aspiring professional when I was their age. The ages range from 15 to 18 with the most promising players in America that we follow. I certainly relate to them because I lived those moments and there are things that happened to them that certainly take me back. I think the general sports fan will recognize the hopes and the dreams and a lot of the desperation as well. I think one of the things that also people who have seen this so far really point out to me is that the parent child aspect really provokes a lot of conversation after the movie because it’s pretty interesting to see how seven families all pursuing the same thing all see it in different ways.”

CY: Is there more pressure than ever on these younger individuals to succeed maybe compared to when you were coming up?

JC: “I think the pressures are fairly similar. I think that when you’re basically risking your future and putting everything in one basket and saying this is what I want to do, this is what I want to be, it’s not an all or nothing affair but it can feel like that when you’re in the middle of it. The kids, the families there, there is a lot of unknowns. There are few people, myself, Andre Agassi, Pete Sampras, John McEnroe, Nick Bollettieri that make little comments throughout the picture that I think bring a little insight and bring a little levity to the situation and kind of bring it back into focus to the viewer.”

CY: How do you think the pressures add up compared to other sports?

JC: “Well, there is a lot of pressure on tennis players like other sports that are singular like you’re not on a team. When all the pressure rides on your shoulders, it can be a lot different. Team sports you share those moments with the teammates. You share the pressures. You share the wins. You share the losses. You have a coach that can change the course of matches. But in tennis you’re out there by yourself. There are no caddies. There are no coaches. You do it alone in the arena and I think that ups the ante a little bit.”

CY: Some would say that the woman’s game has taken a leap ahead of the men’s game. Is men’s tennis missing the Pete Sampras’s, Andre Agassi’s, and Jim Courier’s?

JC: “Well, I think that there may be some people that have that opinion in the United States. I think if you take a look at both the men’s and the women’s side, I think they’re both very vibrant and very healthy. I think the men’s game now with Roger Federer, who perhaps could be the best male player of all time. There are also some great challengers including two very fine American players in Andy Roddick and James Blake. I think it’s a really interesting time in men’s tennis. Then you flip the page in the women’s game and you have the William’s sisters who are obviously tremendous talents and also crossover stars. And you throw in Maria Sharapova who is a marketing machine, and Justine Henin, Lindsay Davenport, you have a rich field of playing power in the sport of tennis right now like we had in the 90s as well. I think the game is quite healthy.”

CY: So looking back at the four majors you won, the number one ranking, winning 25 singles matches in a row, how do you reflect upon it all?

JC: “Well, I think it’s been one hell of a ride for starters. When I turned professional, what I was really aiming for was to be in the top 100, try to hold the top 100 for ten years, and just be in the show, and have a nice career. It’s more than I could have ever hoped for. I worked awfully hard for it, but there are other people who worked just as hard and didn’t get the breaks. I recognized that I’ve been lucky and being able to live this life that I wanted since a young age. I really went after it with everything that I have and somehow it worked out.”

CY: It was you, it was Pete Sampras, it was Andre Agassi. The 90s was a really dominant time in American tennis.

JC: “That was a little bit of lightning in the bottle to have us all come out at the same time as well as Michael Chang and Malivai Washington who was a Wimbledon Finalist and David Wheaton who was a semifinalist and top ten player. We had guys in my age group that were number one in doubles. We had just an amazing era for American players. It may not be replicated. I hope that it will be. It may take some time.”

CY: Many athletes have been given the chance, would you ever consider doing Dancing with the Stars?

JC: “(Laughs) You know that’s the third time I’ve answered this question today. I think because Monica Seles is on Dancing with the Stars there is a little bit of curiosity of who will be the next player to do it. I think if you ask anyone who is close to me, they will probably let you know it’s probably not the right platform for me. I am guessing that is not the place for me to really excel. Racecar driving with the stars? Maybe. I might be at batting practice with the stars. Dancing with the Stars? Not for me.”

CY: Finally, what else is going on in your life and coming up for you?

JC: “Well, I am in Boston right now. The third tournament of our series starts Wednesday night. It’s Champions Cup in Boston. We have a tremendous field in Pete Sampras, John McEnroe, Todd Martin, Wayne Ferrera, me, and eight players that will play in round robin for the first four days and play for the $150,000 prize money all the way through. It’s our third tournament of the season. We’re off and running. Just in the Cayman Islands a few weeks ago I actually got a win. I won. I beat Wayne Ferrera in the final, which I am excited about.”

Much as Spellbound did for spelling bees, Unstrung exposes the surprising dramas of the amateur tennis world, hitting the road with a handful of high school competitors as they head for the national championship. This inspiring documentary records the tremendous pressure and the sweat, blood and tears that can separate contenders from champions.