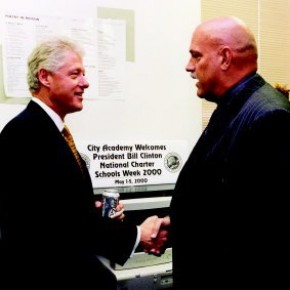 In a joint interview with Chris Yandek of CYInterview.com and Jay Bildstein of DiaDay.com , former Governor of Minnesota Jesse Ventura speaks candidly about the future of America, America’s economic woes, his time as Governor of the Minnesota, and many more topics in a 50 minute interview that will be distributed in three parts. In part one, Jesse speaks about the possibilities of a powerful third party, running for President in 2012, decreasing the national debt, and much more. The following is a condensed transcript of the first third.

Listen to part 1 of the Jesse Ventura CYInterview:

You can find out more about Jesse Ventura’s Don’t Start the Revolution Without Me at the following link: