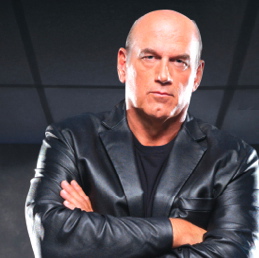 Back in September 2008, we had the opportunity to interview former Governor Jesse Ventura on his book, Don’t Start the Revolution Without Me. You can find it on the site. A bit more than a year and a half later, in April of 2010, we caught up with the ex-governor for another interview, this time on his book, American Conspiracies.

Whatever opinion you have of Ventura’s politics, listening to an interview with the former pro-wrestler/governor is bound to provide food for thought. For this most recent interview, as in 2008, international columnist Jay Bildstein joins us.

With Election Day fast upon us, the former Governor makes for an interesting interview.

Listen to the Jesse Ventura CYInterview:

Here are the highlights:

With regards to questions about September 11th 2001 and its aftermath, former Governor Ventura has wanted to speak with former Mayor Rudy Giuliani. Ventura says he was turned down multiple times when his staff requested a meeting. “Rudy Giuliani turned me down 13 times…. We requested 13 meetings with him for my television show and he turned down all of them. I only have one question for him, all I wanted to do was ask him one thing…. I wanted to ask him who was actually in charge of the site [Ground Zero]? Who called the shots? Was it you or was it the feds? That’s the only question I had for the man and I can’t even get that answered.”

With regards to having debates with other political figures on television, Jesse states that conservative personalities like Karl Rove and Ann Coulter have canceled program appearances when they found out they were going to be appearing with him. Ventura said, “Karl Rove won’t go on any programs and even the vampiress herself [Ann Coulter] backed down three times…. Ann Coulter has backed down three times from appearing on a show with me.”

The former governor further elaborates on why Coulter and Rove won’t appear with him on any show, “They can’t beat me. They may be dumb, but they’re not stupid and they saw how I won the election in Minnesota. I won the election because I was allowed to debate and if I can debate them, I can beat them. It’s that simple.”

The former Governor says he has no desire to run for political office in the future, but he never rules it out because he doesn’t know how he will feel in a year. Jesse doesn’t feel pressured to get back into the political realm because he is waiting to see something from the American people stating, “The average American has shown me that they’ve earned me yet…. I say that in this aspect, this country is a bunch of lemmings now. They get marched right off the cliff and until they show me a break from this lemming mentality, I’m not putting myself up out there.”

When it comes to his past dealings with the popular political news website The Huffington Post, Ventura claims he was censored when penning a column about 9/11 stating, “They censored me. Arianna Huffington had been on my case for two years to write for her The Huffington Post. I did my first thing. The second article I did, they posted it for one hour and then pulled it….The article was about 9/11 and it simply dealt with the fact that mainstream media didn’t cover an event that took place in San Francisco….Over 1000 architects and engineers met in San Francisco and signed a petition demanding a new 9/11 investigation because they do not believe the buildings could fall the way they were told they fell….They [TheHuffington Post] said we don’t do conspiracies and they lied because a week earlier, Jenny Mccarthy wrote a big thing on the conspiracies of the shots for kids. The immune shots and all that shit. There’s conspiracy on that. They printed hers, but they won’t print mine because mine happened to be about 9/11 and you’re not allowed to talk about 9/11.”

Finally, focusing back on his professional wrestling days, Ventura doesn’t ever have any thoughts on to why many of his past co-workers that were professional wrestlers have died in recent years when asked about it stating, “I know why. I don’t have to answer that question. They abused steroids and they abused a lot of other things and when you do that, you’re living life in the fast lane and you know, you roll the dice. I don’t need to ask a question because I know why they’re dying. You notice I’m not dying, because I never abused steroids. I tried them, but I never used them very much. If you notice, I still have my build. The guys who use steroids lose their build as they get older cause they gotta stay on them.”

5 Replies to “Jesse “The Ex-Governor” Ventura: “…This Country is a Bunch of Lemmings Now.””