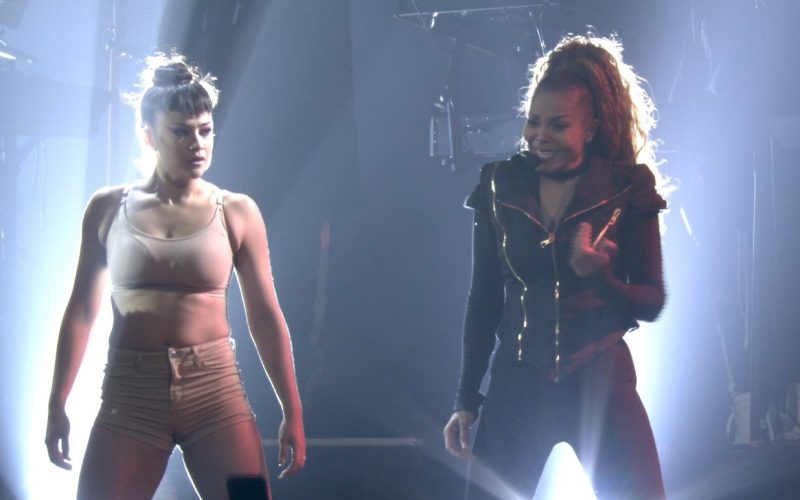 Tonight on Lifetime and A&E TV, at 8:00 PM Eastern Time, fans of Janet Jackson will get to watch part one of the documentary film titled, simply enough, Janet Jackson.

The singer is letting the world see a side of her they have never seen before. In the documentary, Ms. Jackson is both likable and vulnerable. In part one, viewers will witness her trajectory, from her humble beginnings in Gary, Indiana to the success of her iconic 1990 Rhythm Nation World Tour.

During part one of this two-part documentary film, Ms. Jackson is in a car talking about various subjects as the vehicle travels along the Las Vegas Strip. In the 1970s, the entire Jackson family had a residency at the original MGM Grand. It opened in 1973 and it was where Janet got her start at seven years old.

Stepping away from the documentary and fast forwarding to 2019, the Janet Jackson: Metamorphosis show pleased fans in Las Vegas, during 18 nights at the Park MGM.

The good times, the tough times and the hurtful times are all visited, in the documentary as Janet talks about her life journey.

Past CYInterview guest Paula Abdul [see here] and Janet’s siblings Randy Jackson, Tito Jackson and Rebbie Jackson among others, provide some great commentary on who the Rhythm Nation singer.

Janet Jackson is a two-night event running a total of two hours each night on A&E and Lifetime TV. It airs tonight and tomorrow January 29th at 8:00 PM Eastern Time.