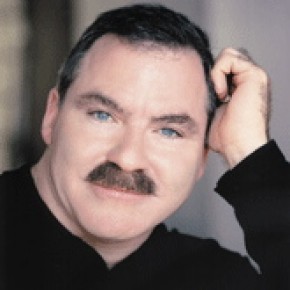 Medium James Van Praagh has brought ghosts to Hollywood. As the co-executive producer of the hit CBS show Ghost Whisperer, he has even made a believer in the show’s star Jennifer Love Hewitt. Van Praagh during this interview revealed to me that Heath Ledger’s ex Michelle Williams believes to have been woken up twice by Ledger’s ghost and that a reading to contact the dead actor is in the works. Whether you believe in ghosts, spirits, the afterlife, the best selling author is a success and has a huge following. His latest book Ghost Among Us is a look into the other side many are curious about.

Chris Yandek: Ghosts Among Us is available this week. Why are people so fascinated with ghosts than ever before?

James Van Praagh: “I just think for many reasons. Number one I think it’s cyclical. Ten years ago it was very popular when the first book Talking to Heaven came out. I just think it’s a time where there is a lot of uncertainty. People are questioning life and the finality of life and what happens in the after life. I think sometimes when religions aren’t answering certain questions people search elsewhere. I think that’s why people are involved in this and interested at this moment in this certain thing. It’s generational as well I think.”

CY: One of the interesting things from the book is that you make note of OJ Simpson and you say, “I have noticed he is still surrounded by unevolved ghosts, and he is still struggling with these demons. I predict that his life will come to a violent end.” Can you elaborate on this?

JVP: “I just felt he was possessed when he did that. I knew it and I could see it. That’s the feeling that I got, that his life would be cut short in some way in a violent end. I don’t know. When you’re around negative energy it gets to you if you keep letting it affect you.”

CY: So you think his life will end violently and unexpectedly?

CY: Do you think somebody will kill him or he’ll end up in a car crash?

CY: When it comes to Hollywood you say, “It is impossible for a psychic like me to wait in studios, agent offices, and TV executive suites and not witness many disturbing scenes involving Hollywood’s most celebrated people.” I understand show business is very cutthroat and tough industry, but you seem to paint an even harder picture. Tell me about this.

JVP: “Well, I’ve been working in Hollywood for a long time now in many different aspects in front of the camera, behind the camera, and I’ve worked with top executives, presidents of networks. I’ve worked all around. I see energy and what’s around these studios and a lot of these offices. You don’t get the high positions in these companies if you don’t take advantage of other people in some way. I’ve seen that around. I’ve seen that around the studios, whether it’s producers or whoever. Egos are there. Greed. I see that energy and it tracks lower level energy, lower level ghosts if you will. They feed off that. They feed off that negative energy. You have to be very careful when you go on these lots into these TV executive’s rooms because there is negative energy there and I always gotta protect myself. Believe me.
You wouldn’t want to see what I see sometimes when I go to these places and I talk about that in the book. I write all about that.”

CY: Have you ever come across any celebrities that have crossed over like a Heath Ledger for example and asked them how they are?

JVP: “Very good question. Yes I have. Yes Heath Ledger has appeared to me. Two weeks after he died I was shaving and right behind on the right side in the mirror his face appeared and he said to me in my head that I screwed up. Now he knew me. We didn’t know each other directly, but we had mutual friends and he knew what I did. He said I screwed up. Then he thought about his daughter and that was it. Then the next thing I heard about Michelle [Williams], his ex, at their apartment in Brooklyn she’s been haunted by him twice. Once she was awakened at 3:00 AM by furniture moving and another time at 4:00 AM in the morning. She said she knew it was him. There was a shadowy figure at the end of her bed. She knows it’s him. I do get a sense that he is restless right now and really wants to speak with her. Actually as I speak I am working on doing a reading for her.”

CY: As the co-executive producer for the hit CBS show Ghost Whisperer, would you say the cast has become more spiritual and more open minded as the show has gone on?

JVP: “No (Laughs.) I believe the crew has been. The crew is really fascinated by it and of course Jennifer Love Hewitt herself. She is also very fascinated. She has become much more spiritual. I think she’s been spiritual but this is opening up her eyes in ways. We have a very close relationship. As she writes in the books, ‘Thanks for showing me a whole new world and I thank you for that.’ It has opened her up to a whole new world. I don’t think she’s in to Hollywood as she was before. Her life is gonna change a little bit and isn’t going to be surrounded by television all the time.”

CY: She [Jennifer Love Hewitt] had to deal with a lot of criticism for some photos taken of her last year. Was that a hard time for her and did you help her in any way?

JVP: “I helped her a lot actually through that. There is a funny story about Hawaii. Before she left for a trip to Hawaii that morning she called me up and I was talking to her and I said, ‘Are you engaged yet?’ ‘No.’ I said, ‘Well, you’re gonna be. I don’t know why it hasn’t happened yet. You should have a ring on your finger.’ She said, ‘I’ll call you back this afternoon. I’ll either be laughing or crying. If I laugh that means I have it and if I am crying it means I don’t.’ I called her back at two o’clock that afternoon she had a ring and she was off to Hawaii. The funny thing was that the day before I was writing a story in my book about this spirit that died in a car crash, a racecar crash, and he was on his way to go to Hawaii with his girlfriend to get married. I was writing that story right before Love called me and she was going to Hawaii so it’s a pretty interesting story.”

CY: Could you see her getting back into movies and winning an Oscar?

JVP: “I don’t know if that’s what she wants to do actually. I think she’s very focused on television and she wants to help people in different ways. I think she wants to be a mommy so I think one of these days she’s going to get married and have some children. I am not sure that movie thing is for her. You’d have to ask her. I don’t know.”

CY: What do you think will happen to Britney Spears? Can she get it together or will she be another Anna Nicole Smith like story?

JVP: “Well, I think that Britney has two ghosts on her. I’ve seen them. The first I’ve seen this is when she had that umbrella and was fighting the paparazzi. There were two ghosts that were attached to her. One was a tall man with tattoos all around him and a black beard. There was a shorter guy that was attached to her left side and it was very weird. They can get attached to people at clubs, bars. It all depends. They can influence people in a certain way and I know they were attached and influencing her. I don’t think she’ll go down that route of where she’ll die of drugs. I don’t think it’s going to happen to her. I do think she’s getting a lot of help. The set of ghosts aren’t as strong as they were before, but they’re definitely still with her.”

JVP: “I have a feeling her life will end early. I don’t know if you have to be psychic to know about that.”

CY: Are there any predictions you’d like to make for people in the entertainment field? Anything else in general?

JVP: “No. Because I am pretty specialized in people who pass over. Predictions are not my thing. Every medium is a psychic and every psychic is a medium. I do that occasionally but my specialty is spiritual pasts.”

CY: What should people take away from this book?

JVP: “I think it’s needed because everything is energy. Thought is energy and thoughts are real things. Thoughts are like bullets. You should be aware when you walk into a building what energy is there, whose thoughts are there. People should realize when people think of you their thought is on you. Thoughts are like bullets. They go right to you. You’re like the target. When you walk around and you are depressed or there is fatigue or a behavior which you’re not used to, that can be someone else’s energy on you. You need to know how to clean that off. Also people want to contact loved ones who have passed over.

In the book I teach people how they themselves can do that. I am not the only one that can do that. I give techniques that I’ve learned, methods that I’ve learned. They can also do that. People should know that. My website is www.vanpraagh.com where people who want to know about that. It’s a good place for people to go who are requesting spirituality, ghosts, and this whole world the supernatural. It’s a place where people can go to ask questions.”

You can find out more about Ghosts Among Us and James Van Praagh at www.vanpraagh.com.