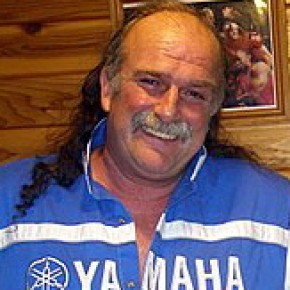 Over the weekend Jake Roberts was involved in an incident at a wrestling show in Ohio. The following is Jake’s one and only interview on the incident. Jake sticks to his story that he was drugged.

Chris Yandek: Tell me exactly what happened and we’ll go from there.

Jake Roberts: “I really wish I could Chris. I don’t remember anything up until the next morning whenever I called Shannon [Jake’s assistant] and did not know where I was at, what I was doing there, what I was supposed to do. Anything. I am still very foggy. I can’t think. I can’t put things together. I can’t remember anything. First off, I just want to say I am terribly embarrassed. I am hurt. I know how many people I’ve let down. I am scared too because I’ve never felt this way in my life.”

CY: You went to the show. You had a radio appearance before the day of the show.

JR: “I did the radio show and they came in and offered me a beer at the radio show and I went what the hell are you doing? I can’t do this. Well, you said you wanted something to drink? Yeah. Coffee would be nice at 8:00 AM. I talked on the radio and maybe that’s what triggered me having that first drink because I was very blunt about my childhood and the things that had happened in my early life and in the past and that is one of the things that has triggered me. I am not blaming it on that. I am just blaming it on just being stupid and thinking that’s what an alcoholic does I guess. I guess he thinks he can have one drink. You know? I don’t remember the show starting. I woke up with my wrestling clothes on. Shannon told me I had wrestled. I was like you’re kidding? I don’t remember anything. Even when I drank in the past I didn’t behave the way they said I behaved. I don’t even know all the particulars yet. I may never want to know them all because I am so sick of it.”

CY: What do you think was in the substance that you drank?

JR: “I don’t know. I am not a chemist. I should’ve went to the damn hospital. Shannon said they took me to the hospital. I did not know.”

CY: So they did take you to the hospital?

CY: Do you remember when you had the drink or those last moments before you were knocked out?

JR: “I don’t remember anything. I wished I did.”

CY: What’s the last thing you do remember?

JR: “Obviously I did fall off the bus when I had that first drink, which was wrong. I just want to say that I am sick of myself. I am sick of this disease. All I can do is get back up and get up on the pony and ride again because I am not giving up. It’s my life. I am not talking just about wrestling. I am talking about living. I know that. Right now I am just scared to death. I am not a crier. I’ve been crying a lot. I am scared. I am not usually scared of anything. I can’t think and I am pretty sure I am thinking normally, quick thinker. I am having trouble just getting up and remembering how to fix something to eat. I look at stuff and I just don’t move. I don’t know man.”

CY: Finally, do you think you’re a target when you’re going to these shows with all of these people that might be jealous of you for one reason or another?

JR: “I never have felt like that. I don’t know why this has happened. I pray that it never happens to anybody. I am sorry. I can’t even talk. I can’t tell you how scary it is because right now I am shaking just thinking about it. I just don’t want it to happen to anybody. Whoever did it, I hope to hell what goes around comes around and let God sort it out because I am not going on a man hunt because I am scared to even open the door much less anything else.”

New details have come out via Jake Roberts assistant Shannon. She has sent me the following statement, “We have a witness to the effect of who MIGHT have made a direct attempt to do Jake great harm at the show. WE KNOW WHO YOU ARE. One of the men IN THE RING with Jake is somebody we are going to take a much closer look at. Somebody saw this man with an emvelope with some powder in it at the show. Somebody saw what happened here. We now are very SURE Jake was in fact drugged. More details will be forth coming as soon as we can get permission from this fine individual to offer them.”

You can also check out Jake Robert’s official My Space page for the latest on this story at
http://www.myspace.com/officialjakeroberts