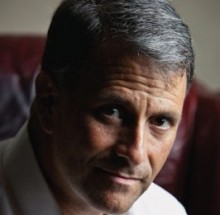 When some people think of Washington lobbyists, the name Jack Abramoff springs to mind. And that name will not likely conjure up good things. But, for the infamous, fallen lobbyist, lobbying belongs to the past. After serving time in prison for convictions on fraud and corruption, Mr. Abramoff is, by outward indications, on a redemption tour of sorts.

The former D.C. power player now purports to want to serve as a catalyst for change when it comes to Congress and lobbyists. Mr. Abramoff gives a detailed view of his life in lobbying in his new book Capital Punishment: The Hard Truth About Washington Corruption From America’s Most Notorious Lobbyist.

For the best grasp of the topics we covered in our half hour CYInterview with Jack Abramoff, you can listen below, or you can read the highlights. Featured columnist Jay Bildstein joins me for this conversation:

With the American public believing that many members of Congress, as well as other public officials, place their interests above the good of the people they are supposed to serve, Mr. Abramoff opens by suggesting how to fix the system and prevent corruption.

“First of all, on the overall, it’s gonna require the American people asking their federal government to do a lot less than they do because the federal government is involved in so many areas with so many different things that it opens the door for frankly rampant corruption in all sorts of areas and a lot of participation by 20,000 lobbyists who run around Washington, D.C.,. So on sort of a 30,000 foot view, that’s one thing that’s gotta happen for ultimately for this ever to be cleaned up. In the shorter term, what people should insist upon is cutting the tie between lobbying, and between advocacy and between our federal government, and the public servants and the money.

The money is what really corrupts everything. Whether it’s the money people get by going through the revolving door and getting a job in the lobbying sector afterwards or the money that lobbyists lavish on Congressmen both in terms of contributions and gifts and gratuities. All of that’s gotta be removed from the system and it all can be removed by the very legislators who are doing it.”

In being compared to Bernard Madoff, Jack Abramoff rejects the comparison other than that their names end the same:

“I think Madoff’s situation was completely different than mine obviously. I’m not a person who caused people, that amounts of people to lose their fortunes and things like that. I mean, I was involved in a system that I shouldn’t have been in. I did things that I shouldn’t have done, but my last name may rhyme with his, but I think that’s the extent of the comparison. In terms of, I think with me, what I did, I want to make it clear, I take 100 percent responsibility. I was wrong. I committed crimes. I did things I’m ashamed of. I got punished for them. I’m not running away from that at all…As I look at my case, probably a third of it was fairly accurate in terms of what I did, a third of it was kind of exaggerated and a third of it just never happened and I had to live with all that unfortunately as sort of a news story…

I admit that having looked deep within myself, I just shook my head and wondered what the heck was I doing and now to some degree I want to try to set it right if I can…It’s a system that has caused the American people to look at their government and wonder what the heck do we have here. This isn’t what was intended. This isn’t what our founders had hoped for us and has probably gotten out of control and my involvement in it is a source of great shame to me.”

When it comes to changing our system and ending corruption in our government, Jack says the American people need to wake up:

“Americans have got to pay attention to this. The reason I got away with and all of them get away with it is because people go to sleep. People don’t pay attention. They’ll pay attention for 15 minutes. They’ll see Jack Abramoff carted off to jail and they’ll pat each other on the back and they’ll say, ‘Oh, we fixed everything. Everything’s great now.’ And that’s just not the case.”

During his recent interview with 60 Minutes, Abramoff mentioned that, in effect, he held sway with 100 members of Congress. In his book, he does mention names of some elected officials he dealt with, but it does not come close to 100. Jay asked Jack if he would present all of the names so the American people could decide whether, at election time, to vote for those members of Congress who had ties to him. The former lobbyist says he has thought about it and gives his explanation:

“I could turn my life into a revenge society where I basically go and start naming names and this one did that and get into he said, she said and I just don’t think that for me is productive. That doesn’t do what I want to do which is, but I’m not trying to protect anybody. What I’m trying to do is go after the system. And the more that we basically make this about individuals…Everybody in this system at some level is playing in a bad way whether they want to or not.

The system is set up in a way that has to be changed…I thought about it, but I don’t think it’s productive for me to do that…The problem is I don’t have at my disposal any longer a lot of the back up that I had. The things I wrote in the book I had back up, I had ways to be able to verify them and I want to be very careful. They’re people’s lives at stake here…I’m not trying to protect anybody. Certainly nobody protected me.”

Mr. Abramoff agreed with Jay’s plan mandating full transparency between a member of Congress and any lobbyist. Under this scenario, a member of Congress could meet with a lobbyist only in his or her Congressional office. The interaction would be video and audio taped and the entire recording of the meeting would be put on an official Internet site for the world to see. Jack likes the idea of full transparency. He also gave his own thoughts on having his own lobbying/public official transparency organization with those principles.

“I love it. Fantastic. I agree…On one hand, I would be the first to grab the flag and start running, I wouldn’t want my unfortunate reputation and unfortunate position as a felon and all the rest to impede this movement, but if I thought it wouldn’t, I’d be in the lead.”

During the period that Abramoff was investigated before he was sent to prison, he spent numerous hours being interviewed by the Department of Justice, which he speaks about in Capitol Punishment. He also discusses his working relationships/friendships with Ralph Reed and Grover Norquist. For those who have wondered why Mr. Reed and Mr. Norquist did not face the kind of legal action he met with, Mr. Abramoff offers us this explanation, while confiding that he has not spoken to Mr. Norquist since this scandal unfolded:

“I haven’t talked to Grover since this scandal started…I think it’s a mistake to think that they weren’t investigated and that there weren’t thorough investigations of everybody involved. I understood that there were 2000 open investigations and you can’t even imagine how many agents and how many people in Justice were involved in this, but again I’m not privy to the investigations, but I got to believe based on the fact that I truly believed that the prosecutors who were involved in the case that I had interactions with were very honest that if there was something that they felt was criminal, they would’ve gone at whoever it was. I don’t think they let anybody off the hook if they felt that they had actionable criminal evidence.”

In the book, Abramoff says of Senate Majority leader Harry Reid, “Reid was very much a secret weapon in our lobbying efforts. “ Jack sheds light on this:

“He was a senator from a gaming state [Nevada] who had obviously tremendous influence as the majority leader or minority leader depending on when it was who we solicited to help us with our gaming clients in other states such as Louisiana and he intervened at key times for us at our request.”

Commenting on former House Majority Leader Tom Delay, who he had a close relationship with, Abramoff believes Mr. Delay got a raw deal in his money laundering case in Texas. Delay was convicted of money laundering but he is currently appealing the decision:

“I think he got a raw deal…I read the case and I know Tom and I don’t believe on the facts, I mean the law I can’t comment on, but to me it read like it was an aggressive prosecution and a political prosecution frankly, but I guess the appeals court will decide that, but everything I read about that felt was unfair and unfortunate.”

In closing, Mr. Abramoff says his family is in tough financial straits. With 44 million dollars in restitution to make, in addition to other debts, Jack says that is where most of the money will go from his book. He said he plans to do some speaking, in the future, as well.

“We’re financially in difficult straits and we just hold on to each other and hope for the best and that’s the best we can do…Whatever finally does come through, a lot of it will be given to restitution and probably the rest of it will go to paying debts…I have 44 million dollars to pay so I have to give a lot of speeches.”

7 Replies to “Jack Abramoff: The Most Notorious Lobbyist in American History Takes the Hot Seat on CYInterview, Gives Answers on the State of Lobbying, How to Clean Up Corruption, Comments on Ralph Reed, Grover Norquist, Tom Delay, and Harry Reid, More”