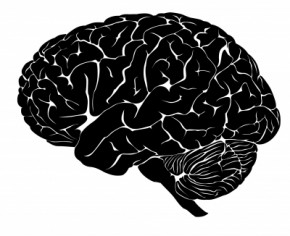 The ability to think logically takes a bit of training. Yet, that is all it takes. Logical thinking is not tough, especially with some practice.

Being able to think logically comes in handy. It is an important tool in helping us navigate our way through life. Logical thinking is a celebration of reason over base instinct. Logic helps us figure out the best way to get from point A to point B, literally and figuratively.

And yet, it seems so many people are drawn into the orbit of the irrational.

Before getting too deeply into this, I realize human beings are subject to strong instinctual and emotional drives which provide much of the impetus for what we do. However, most of us understand that while we might harbor goals born out of emotion, it is a logical approach to achieving those goals that will take us where we want to go. An irrational approach will not do that.

The desire to eat chocolate cake might be emotional. Deciding to go to a hardware store to buy it is irrational. (For you “what if” folks assume the store only sells tools and building supplies.) Going to a bakery to buy the cake makes good sense. The value of logical thinking is readily seen.

Considering logic is an important tool in getting us to where we want to go, it may seem confusing that irrationality appeals to so many people at so many times. However, irrationality has its appeal for a reason.

Without overdrawn explanations, while logic helps us figure out a lot of things, we are still confounded by existence itself. How we got here cannot be deciphered, at least at this juncture in time, by a logical process alone.

All kinds of questions do not yield incontrovertible answers solely via the use of logic. For example, these: How did the universe begin? If there was nothing in the beginning, how did something suddenly come out of nothing? If there was always something, how is that possible? If God created everything, who created God?

Science is a logic based process of observation with a fundamental emphasis on controlled trial and error. However, at this point in the human trajectory, science still leaves us with many unanswered questions. Unfortunately, in some circles, that gives science a bad name. Certain people seize upon the shortcomings of science to disprove its worthiness as an endeavor.

Science is a useful tool which can help us progress. However, science is not an endpoint. Technological innovation without philosophical reflection might not lead to progress. But I digress.

The appeal of the irrational is, as in a fairy tale, the ability to provide neat, albeit incorrect answers to the troubling issues confronting us. Like a good movie, certain irrational pronouncements and explanations of things – the rhetoric of certain politicians for example – allows us a willing suspension of disbelief. This, in turn, permits us to go forward living illusions that might be momentarily more palatable than reality.

Of course, if we embrace illusions and forsake reality, eventually our illusions will come up and bite us when we are not looking.

Irrationality’s appeal dims only in the face of enlightenment. Coming to an understanding that the education of ourselves, and society as a whole, is an evolutionary process can help free us from clinging to comforting yet damaging illusions.