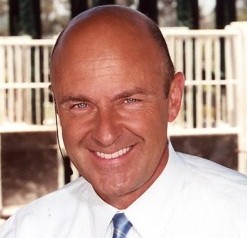 In 1982, Randy Moss made his first trip to New York, since childhood, to attend his first Belmont Stakes. A horse named Conquistador Cielo won it. Randy notes the 1982 win was the first of five consecutive wins for trainer Woody Stephens. As many will recall, we spoke with Mr. Moss before the Kentucky Derby this year [see interview here]. He will be providing coverage again this weekend for NBC Sports at the race.

Listen to the entire interview with Randy Moss:

In recalling his first Belmont Stakes, he tells us:

“First of all, it was my first trip since childhood to New York City and as I was getting out of a cab from the airport to my hotel, I proceeded to open the door and step out into what would be oncoming traffic. And fortunately I was sharing a cab with a young lady who reached out and grabbed me by the arm and pulled me back into the cab at about the same time a car comes whizzing by, might’ve saved my life.

And then you really get an idea when you get to the racetrack of the difference between Belmont Park and the other Triple Crown venues. You could fit Churchill Downs, not just inside the oval of the Belmont Park, but actually inside the two turf courses at Belmont Park. Belmont is the only dirt racetrack in America with a mile and a half circumference. It’s the only mile and a half racetrack of any kind that’s that big and it just lends a whole different kind of atmosphere sort of to the Triple Crown aura.”

Looking at the field on Saturday, he provides analysis on what people should be looking for:

“When you’re looking at the horses on Saturday, it certainly helps to look for horses, those few horses that have a pedigree that would indicate that the mile and a half should be no problem. Then you also want to look for horses that really kind of have their right running style. You don’t necessarily want a front-runner, but you want a horse that has some tactical speed because the Belmont Stakes is such a long race that jockeys take it pretty leisurely during the first part of the race to sort of ration their horse’s energy. So the pace is not particularly fast. You want horses that can stay fairly close to that slow pace and have a tactical advantage in that aspect.”

Finally, Randy says favorite Animal Kingdom has the advantage in this weekend’s race. However, he states there is a lot of value in taking a look at possibly betting on Master of Hounds to win it, as well.

“Animal Kingdom has the advantage if you were just to assign a percentage chance of winning on all the horses in the race, which is really where you have to start when you’re talking about gambling on a race. Animal Kingdom I would say has the best chance to win, but he’s also gonna be the favorite. So from an investing standpoint, there’s a horse in the race called Master of Hounds who finished a very respectable fifth in the Kentucky Derby.

Really didn’t find his best stride until the last eighth of a mile or so. He may have been running even faster than Animal Kingdom’s for the final furlong, at least as fast, although he was further back. When you watched that Kentucky Derby and you went back and watched the replay and you saw Master of Hounds come through the lane, your immediate thought was, boy, if this horse comes back from Ireland, where he’s based, if he comes back overseas for the Belmont Stakes, he could be really tough…He’s got a great chance. Mile and a half will be no problem for him. He’ll be a much healthier price on the board in the vicinity of anywhere from let’s say 7 to 10 to 1 than Animal Kingdom will be certainly.”

One Reply to “Horse-Boss Randy Moss: Gives CYInterview the Scoop on the Belmont Stakes”