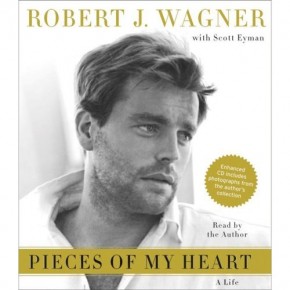 In autumn 2008, Hollywood legend Robert Wagner spoke with CYInterview (see interview here). He discussed his life and the release of his memoir Pieces of My Heart. Now, the actor is kind enough to rejoin us and speak about the passing of Elizabeth Taylor. Wagner grew up with Taylor and dated her for a period of time.

This is what he had to say:

“We went through growing up together, you know. And I knew her when she first, when was really, after National Velvet and all that. So we’ve been friends for a long, long time. When you lose somebody, leaves you like that it takes a big, it takes a big piece out of your heart. She was a wonderful lady, tremendous loyalty. Professionally, she was one of the funnest movie actresses…She was one of the funnest without question that we’ve ever had.”

Wagner reflected on Ms. Taylor’s New York Times obituary, published today. He says the actress brought a lot to the people who knew her.

“I never saw an obituary like that in the New York Times in my lifetime. She had a tremendous picture on the front page and they devoted the whole, she must’ve had two or three pages, really a great tribute to her. She brought a lot to everybody. The people that knew her you know and were touched by her, were very fortunate. She was a special, special, special lady and she went through a very tough time the last part of her life.”

Looking back on the movie he produced with her [There Must Be a Pony], Robert says he was very fortunate to have had that opportunity. Wagner says he has no idea what the passing of Elizabeth Taylor means to Hollywood. But those that were lucky enough to be around her experienced something special.

“I produced a movie with her, which was a tremendous experience and I just loved working with her. I was so fortunate to have that opportunity. She’s just one of the great, great ladies…Hollywood changes, you know. But I can tell you that for the people that knew her and had had the fortune of being in proximity with her and had the wonderful ability and luck to be near her and know her, that was a very special thing. I don’t know what it means to Hollywood because Hollywood changes all the time. So there won’t be the likes of her coming down.”

Wagner says he is well. He confided to us that he plans to do another book. He won’t give us a preview just yet, but he said he will be back on CYInterview to talk about it when it comes out.