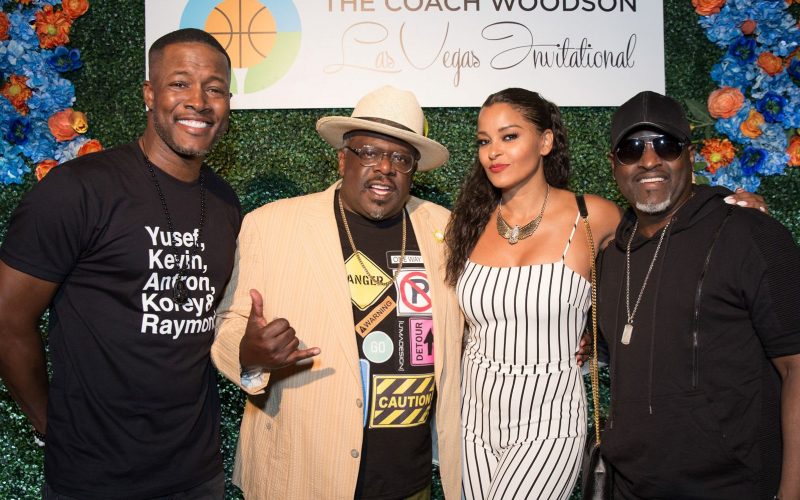 Over the past week in Las Vegas, many stars from sports and Hollywood got together for the Coach Woodson Las Vegas Invitational. The event is hosted annually by former NBA star and Los Angeles Clippers assistant coach Michael Woodson. The event was the kickoff for the NBA Summer League here in Las Vegas.

The three day affair, from July 5th to July 7th, included a golf tournament, a coaching clinic for kids and an event at Rhumbar at The Mirage on the Las Vegas Strip. Stars in attendance over the weekend included actor and comedian Cedric The Entertainer, actress and model Claudia Jordan of The Real Housewives of Atlanta fame, actor Flex Anderson and singer Johnny Gill. You can see a photo of them above.