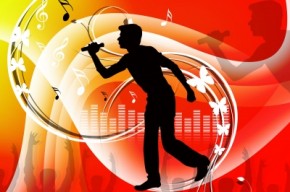 By now, everyone who follows the MDA (Muscular Dystrophy Association) Labor Day Telethon knows that Jerry Lewis was not on the program this year. Mr. Lewis had headlined what used to be an almost 24 hour televised fundraiser for 45 years.

On Tuesday, the day after Labor Day, I was listening to talk radio. A variety of theories were put forward as to Jerry Lewis’s absence from the telethon. Personally, I will not speculate about Jerry’s absence. I will say, however, I am sure he was missed by many people.

Mr. Lewis is now 85 years old. He has had a storied career. He came to fame as one half of Martin and Lewis, a comedy team comprising him and the late, legendary crooner and subsequent Rat Pack member, Dean Martin. Martin and Lewis began performing their comedy act in the mid 1940s. They went on to make a number of movies together.

Rather than guessing at Lewis’s absence this year, I thought, instead, about the telethon and the good it has done over the years. I also thought about its significance in entertainment history. To me, one event stood out more than any other.

The year was 1976 and Frank Sinatra made an appearance on the telethon, giving money to Lewis to help battle muscular dystrophy. And then, with the kind of easy confidence the late Chairman of the Board projected in public, Sinatra brought out a friend, Dean Martin. After Martin and Lewis embraced, Ol’ Blue Eyes said, “I think it’s about time.”

By most accountings, Martin and Lewis had undergone an acrimonious breakup in 1956. Following their split, stories vary as to whether the two had spoken with each other. If they had been together publicly, prior to 1976, I do not think many people knew about it. However, thanks to Frank Sinatra, the pair was together again, on national television, during the nation’s bicentennial year. Viewers of the telethon got an unexpected treat. They witnessed an unexpected moment in entertainment history.

Will Jerry be back on the telethon next year? I have no clue. He was certainly missed this year. One thing I do know. At the end of each telethon Mr. Lewis used to sing the song, You’ll Never Walk Alone. For the good he has done over the years, I am sure he will never walk alone. Jerry, we miss you!