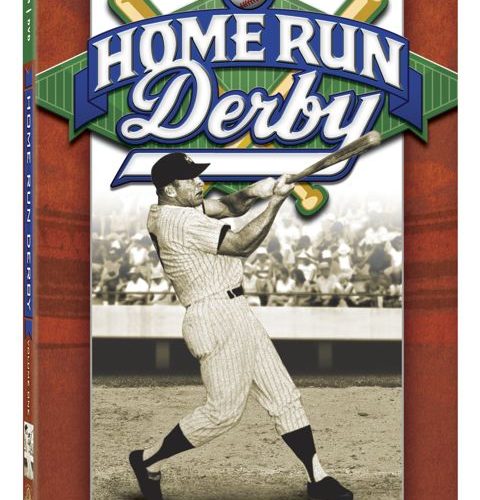 Before the reality TV era of today, there was Home Run Derby. The 1959 show pitted two of the best hitters in baseball against each other in a nine-inning home run contest for cash prizes. Baseball Hall of Famer Harmon Killebrew, who is considered by many one of the best hitters ever in baseball, speaks candidly about the TV series coming to DVD.

Listen to the Harmon Killebrew CYInterview:

Chris Yandek: How are you doing?

Harmon Killebrew: “Chris, it’s nice to be with you. I am doing well thank you. I am excited about this DVD. MGM is doing a good job of putting together this old show that we did after the ‘59 season. Seems like a long time ago now.”

CY: It must be a surreal feeling looking back at all the greats you played with and against. What should the public of today know about your era of baseball?

HK: “I think it was a great era to play baseball. People ask me now, don’t you wish you were playing baseball today? I guess if you were talking about the money that would be great. There was more great players that played the game than any other era in the history of the game. You’ve mentioned some of those guys in Mantle, Mays, Ernie Banks, Hank Aaron, Duke Snyder, Frank Robinson. What a great time to play baseball. I was happy that I was able to do it then.”

CY: What do you remember about the TV show almost 50 years later?

HK: “Not many of us were use to being on television in those days. I think the short answers we gave in between innings is something I will always remember. After our time was up, three outs, we would walk back and visit with Mark Scott who was the announcer. He would ask short questions and we gave very short answers to those questions. I think the people that get this new DVD will enjoy watching it. I know I am enjoying watching this first release of this volume coinciding with the All Star Game. The second one will be out in August and the third one in September.”

CY: Home Run Derby was in a way reality TV before the competition shows of today like Dancing with the Stars, American Idol, Survivor, where you had two big baseball players in front of a TV audience. You have no clue what’s going to happen and in return they get cash prizes which weren’t really huge by today’s standards.

CY: I mean in those days it was a big deal, but people today would say today wow they didn’t get more than that? It really was reality TV before its time.

CY: We get to see you face off against Mickey Mantle in this DVD in a very competitive home run battle where you guys are really going at it. What should the public have known about Mickey?

HK: “Mickey Mantle was one of the great ballplayers that ever lived. I thought he had more physical ability than any player I ever saw. Then of course he hurt his legs and he lost his feet that he once had. I remember going to All Star games where Mickey was in the clubhouse and he’d have his leg taped from ankle to his hip. He was playing in a lot of pain over the years, but what a great player Mickey was, great power from both sides of the plate. He’s the only power hitter I ever saw that would bunt with two strikes and were happy to see it.”

CY: Then we look at you and the way you were able to hit a ball, 573 home runs all time, ninth all time for the whole league. You led the majors six different years in home runs. What made you such a successful hitter?

HK: “Oh gosh, that’s a tough question. Some guys can run fast. Some pitchers, ballplayers are able to throw a ball hard. Some of us had a little power. I just tried to work at that and it’s hard to say exactly what one thing was a reason for hitting a lot of home runs. Ralph Kiner came to me when I was very young and said, ‘Kid, I think if you move up on the plate you’ve got some power, but to hit more home runs consistently you have to pull the ball more.’ I tried it and it worked out pretty well.”

CY: I had a chance to listen to your Hall of Fame speech the other day and you were just so appreciative of the other players you played with before and during your MLB career. How did your teammates make you a better player?

HK: “Well, my first roommate in the big leagues and a guy that’s still connected with the Boston Red Sox and my first roommate was Johnny Pesky. Johnny was very…very helpful when I was first starting to play professionally, giving me some advice on a lot of things. In those days the older players tried to help the younger players I think more. I never forgot that and I tried to do the same thing as I developed into a regular and more experienced player.”

CY: You look at the game today and you see all these players with all these different accusations of guys using different performance enhancing drugs. When you look at what’s going on today as a former major leaguer, were guys even back during that time looking to get an edge or was it not really like that then?

HK: “No. Of course it wasn’t like that. There wasn’t anything like what’s going on now. There was no clouds over the game. I think all of us just that have played in years past are very disappointed of what’s happened. I think the sooner they get this cleared up the better it will be for baseball.”

CY: Finally, what do you want people to remember about your baseball career as a player and what are you up to today?

HK: ”Well, I think the main thing that I am concerned about and a lot of us that have played the game before is that there is a great history in the game of baseball and this new DVD that MGM has come out I think enables people to look back at history and remember some of the great players of the past and what we actually did.”

One Reply to “Harmon Killebrew: Hall of Famer on HR Derby”