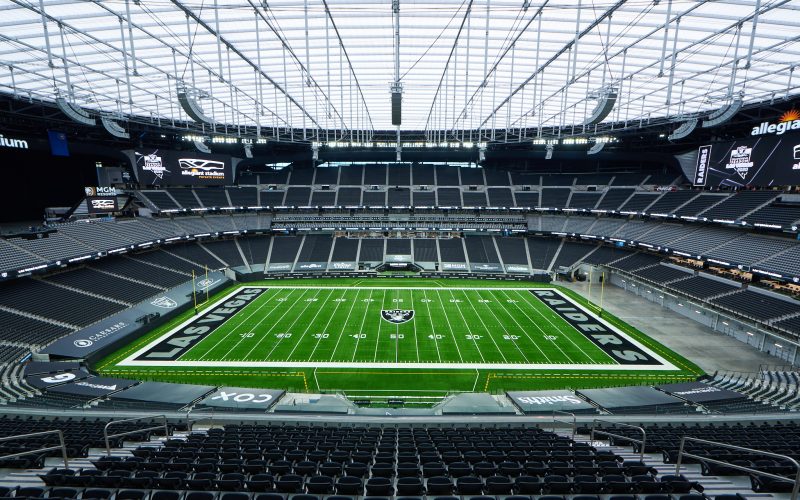 Future Memorial Day Weekends in Las Vegas could include a trip to the ballpark to see a Major League Baseball team. This week, Oakland Athletics executives visited the Entertainment Capital of the World to pursue the possibility of moving the professional baseball club to the city.

The Athletics were recently given permission by Major League Baseball to investigate possibly relocating from Oakland. Over the last four years, professional sports have become an important part of Las Vegas’s growing entertainment scene.

The teams have been quite competitive as well. 2018 Stanley Cup runner-up, the Las Vegas Golden Knights, just advanced to the next round of the NHL Playoffs yesterday. The Las Vegas Raiders were in playoff contention this past season and have a bright future in the new Allegiant Stadium where they should be allowed to welcome a crowd this coming NFL season. The Las Vegas Aces of the WNBA are one of the world’s best women’s basketball teams, with some of the league’s most famous players.

Recent news reports have stated that the National Basketball Association may expand. Las Vegas might be one of the cities to get an NBA team. Within less than a decade, Las Vegas could become a city with all the major sports leagues. What was thought of as almost impossible but a few years ago is becoming a reality. With the monthly influx of people moving to Las Vegas, it appears the base which would support more local professional teams is developing.

Though the outlook is positive, Las Vegas may not end up with either an MLB or NBA team immediately. However, sooner than later it seems likely to happen. The Entertainment Capital of the World continues to reinvent itself, finding new ways to draw people to the city. Professional sports is one of those ways.