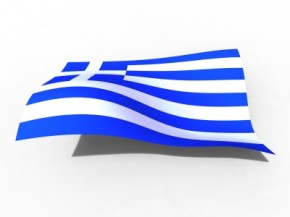 Greece is sliding. Where and when will that slide stop? Will Greece stay in the Economic and Monetary Union of the European Union? Will that nation stay a course of austerity? I do not have a crystal ball. However, I think the answer here is not to be found in sophisticated macroeconomic calculations but rather within a simple psychological understanding of human beings.

As biological organisms, it is in our nature to move away from discomfort and move towards comfort. Interestingly, this can serve as a disincentive to economic growth. We can see this, readily, in a simple example of personal economics.

How many families adhere to a strict program of saving some money, each and every week? Certainly, many people struggle to pay their weekly bills. So, the thought of saving money seems out of the question. The operative word here is seems. For example, how many of us feel that we cannot get through the day without making a few cell phone calls or sending a few text messages? How many snack foods or sodas do we feel we must have to simply exist? Is this really true? What if we curtailed our habits just a bit? How much money might we save over time?

However, the challenge of saving money is that while it can help us create wealth – and consequently more and greater comfort in the long run – in the short run it might make us feel uncomfortable, because we have to give up certain things we have gotten used to.

Where does Greece go from here? Faced with a harsh curtailment of spending and services, I would guess they will leave the Euro, return to the Drachma and attempt to print their way out of their predicament. Of course, this will cause wealth destruction, punish people who are savers and throw that nation into greater tumult. We might read that as potentially greater discomfort.

And Europe as a whole? Might Spain follow Greece’s lead? I do not know, but we could see a domino effect in Europe. Perhaps, the best we can hope for is the greatest contradiction in terms; orderly chaos – chaos restricted within a range of possibilities – rather than out and out random chaos – a seemingly redundant concept.