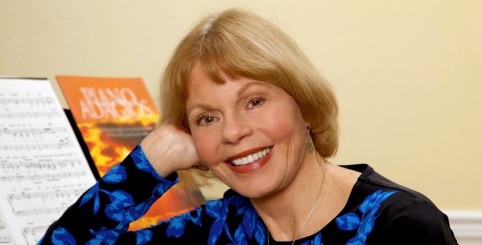 Earlier this year we welcomed Grammy winner, singer/songwriter Toni Tennille for an in-depth CYInterview about her autobiography, Toni Tennille: A Memoir. Known for her Captain & Tennille hits like Love Will Keep Us Together and The Way I Want to Touch You, which she performed with “Captain” Daryl Dragon, our conversation with the vocalist is one to remember [see here].

With the audio version of her autobiography up for possible nomination in the Grammy category of Best Spoken Word, we welcome back Toni Tennille to talk about the latest news surrounding her book. Featured columnist Jay Bildstein joins us for this segment. As someone who grew up with Toni Tennille’s music, Jay gets in-depth with the singer about a variety of topics.

On what it means to have the audio version of her book Toni Tennille: A Memoir being considered for a Grammy nomination for Best Spoken Word, she tells us this:

“When Audible notified me that they had submitted it for consideration for the spoken word category, first of all I couldn’t believe it. And then I thought, well, you know in my wildest dreams to at this stage in my career which, you know, face it, it’s towards the end, to go have a Grammy for Record of the Year to begin my career and then to have a Spoken Word Grammy towards the end here would just be I don’t know, a perfect ending.”

When it comes to the possibility of her getting back in the studio and recording new music, Toni said:

“One of the exciting things I just found out about two weeks ago was one of the really fine musicians that I and Darryl and I worked with for years has moved to Orlando. His name is Matt Catingub. He actually co-produced one of my big band albums, the one called Things Are Swingin. He’s a great musician, fine pianist, sax player, arranger, conducts all over the world. He’s in Orlando now and I have somebody I know, who I know is a great musician, who knows my music, Captain & Tennille music and also that music of the 30s and 40s that I sang with symphonies and big bands for years. So I’ve got somebody I really know and trust that’s nearby and who knows what we might do.”

“Well, this just in. No. I’ve known about this for awhile. Not a Broadway show yet, but there is some interest in a film. And I’m very cautious about that because I don’t, I want Darryl, I especially want our story, you have to remember we were not kids when we met. We were, I was 31 when I met Darryl. He was 29. When we had our first hit, I was 35 when Love Will Keep Us Together hit number one.

So whoever would play either of us I would hope would be more mature, you know, somebody who lived a little bit and not some really young person who hadn’t had a life yet. So I was, and I was also concerned with the way Darryl was portrayed. I wanted to make sure that he didn’t come off as, you know, as some kind of a goofy guy. I mean he is a goofy guy in a way, but he’s a genius and I wanted to make sure that his fine musicianship and so forth came on.”

In March of 2017, the great Brian Wilson will be on tour in Florida, and stopping near where Toni Tennille currently resides. With her history with The Beach Boys, she is hoping to meet Brian for the first time:

“I was the first and only, actually, “Beach Girl” I guess. And I’m hoping, I do know Al Jardine. I haven’t talked to with him in a long, long time. But I’m hoping to get backstage to meet Brian. I’m just like, you know, some, you know, little groupie kid who would love to meet him. But I would love to meet him because his writing was very much an influence on my own. In fact I would say The Way I Want To Touch You came out of a writing technique, composing technique that Brian had that I kind of picked up on.”

Her advice to those who want to get into the music business today:

“I would say that they need to become very, very adept at social media. And if they are not, they need to find themselves or hire someone to help guide them how to present their work on social media. I don’t know a thing about it. Listen, if it wasn’t for my co-author, my niece Caroline and her significant other Michael who really do know social media, I wouldn’t be able to do a darn thing. You know, I can do Facebook, I can do Twitter. The rest of it is just beyond me. And I don’t apologize for that. That’s another world.

And I think, music, I kind of like the music that it takes you sometime to delve into and understand. And I know that in the times when I was writing and I was composing, you know, there was Carole King before me, there was Carly Simon, there was you know, Elton John and Billy Joel around that time. We wrote from our hearts I guess you could say. And today, a lot of the music is put together almost by committee. It’s like you get a beat from this person, then this person specializes in something else and this person specializes and you all sort of come together and create a wonderful pop hit, but think of how few really big stars there are.

I understand Katy Perry writes some of her own music. Adele, I’m not sure if she writes her own music, but she’s a great interpreter of whatever song comes her way. But there are a lot of hits that are just fun, but they’re put together by committee. They didn’t come a person or two writers working together, one doing lyrics, one doing music or them doing it together that creates this message from their heart or soul, whatever you want to call it. And that’s what to me is different.”

You can purchase a copy of Toni Tennille: A Memoir clicking here

One Reply to “Grammy Winning Singer/Songwriter Toni Tennille is Back: Talks Potential Grammy Contention for Best Spoken Word, Looking to Meet Brian Wilson, Her Stint with the Beach Boys, The Captain, Her Future, More”