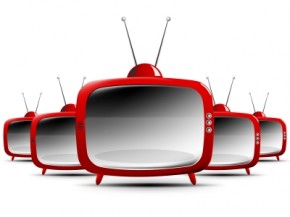 Though my schedule never permitted me to watch the show with any degree of frequency, I know the affect it had on people I knew. The words, “On Oprah today,” or “I saw it on Oprah,” were things I often heard from individuals who wanted to either inform me of something or lend credence to a point they were making.

Over the course of the last quarter century, Oprah made an indelible mark on American culture. And her influence has extended beyond the United States. Oprah became a worldwide phenomenon.

Many might argue that Ms. Winfrey is the most important female pop culture figure since the 1980s. The only other person who might contend for that position is Madonna. When thinking about it, although the Material Girl has had strong social impact over the years, I believe she is significantly behind Oprah in impact and influence.

In fact, for those who call Oprah the most important female cultural figure of the last 25 years, I think a modification is in order. There is no need to add the word female. Oprah Winfrey’s social and pop culture importance have made her number one, irrespective of gender.

Now, keep in mind that the opinions I am expressing are not those of an Oprah fan. What I mean by that is I have not had the opportunity to watch her show with enough frequency to become a follower or to truly assess its merits. But, I don’t have to watch something to know whether or not it strongly influences society.

If I had an opportunity over time, to watch Ms. Winfrey’s show, I could have come to my own opinion of its value. Yet, no matter what I would have thought, I still would have had to conclude that as an individual, Oprah has exerted enormous influence on the American landscape.

Here, at CYInterview, I had the opportunity to participate in an interview with author Kitty Kelly about her unauthorized biography of Oprah. I got the sense from the interview that Ms. Kelly, whose reputation might be that of a dirt digger, was truly impressed by Ms. Winfrey’s rise, success and influence.

Your can read and listen to that interview here.

Whether you are an Oprah fan or not, I think you’ll have to admit that hers is a genuine success story.

Ms. Winfrey is heading up her own television channel now. To me, that seems like a logical progression. Perhaps, I will have the opportunity to gain a greater appreciation for her work. It will certainly be interesting to see how her understanding of audience dynamics extends to building and promoting her programming.

I am sure I am not alone when I say, “Good luck Oprah!”