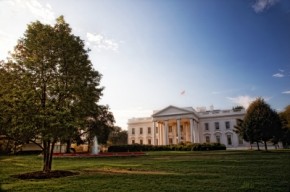 Hearing former President Bill Clinton speak about the debt ceiling and the federal budget deficit, I couldn’t help but think the former chief executive of the United States demonstrates keen insight and a practical disposition. This is something much in need by America’s elected officials today.

The former president has the ability to speak with knowledge and conviction – extemporaneously I might add – about the nation’s most pressing and pertinent issues. And this is not a Right or Left thing. Former Speaker of the House Newt Gingrich is another individual who comes to mind who can dig into the substance of issues, incisively and knowledgably.

I wonder how well FDR, Eisenhower, JFK, etc. would have faired if the way in which they had been judged was by their personal behavior, rather than their performance in office. All of us have feet of clay. All of us have our foibles. All of us make mistakes. Out of sheer practicality, I do not believe personal mistakes or shortcomings should be utilized as the primary yardstick by which we choose our elected officials.

The ability to get the job done in the best way possible should be, first and foremost, in our minds when we pick people to run the nation’s affairs. Unfortunately, we have become a nation that tosses critical thinking into the back seat. Driving us in its place is a seemingly insatiable appetite for salacious details of politician’s personal lives. We do this instead of analyzing their knowledge of issues and reviewing their ability to act on that knowledge.

Clinton and Gingrich come from different sides of the political fence. They both have done things which open them up to criticism, some of which are personal in nature. Lamentably, instead of focusing on the ability of people like them to think and act, we cast stones aimed at what some perceive as their personal shortcomings.

There is too much at stake at this juncture in American history for voters to act like fans of a sports team. We get too caught up in the Right-Left thing, cheering on our “team” rather than really thinking through what is best for the nation.

The reality is that our team is the United States, not the Republicans or the Democrats. Our rallying cry should give voice to the present and future welfare of the citizenry of the nation. Instead, we often offer shrill support of candidates because they come from our party.

My friends, the party’s over. The debt ceiling looms. America’s credit rating might well hang in the balance. This is serious – very serious.

Ability to lead is not a Left or Right thing. And often, political viewpoints are simply starting points from which to deal with difficult issues of governance. The thing is not to forget the nation in the name of partisanship.

Good leaders exist along all points of the political spectrum. We can learn from them even if we disagree with them. And we should empower ourselves by testing what we believe to be true by listening to dissenting viewpoints rather than demonizing those we disagree with.

A good example of responsible leadership is coming out of New York and New Jersey. New York has a Democratic governor in Andrew Cuomo. New Jersey has a Republican governor in Chris Christie. I believe they have both stepped up to the plate to deal with incredibly difficult, inherited fiscal challenges. I believe they are demonstrating good leadership. And they come from different sides of the political aisle.

Hope springs eternal. The debt ceiling is closing in fast. Action needs to be taken. There are no perfect answers. We do not need perfection. We do not need empty ideology at the expense of true progress and reform. The time for leadership is now.