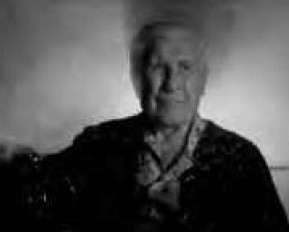 We at CYInterview extend our condolences to the family and friends of boxing legend Muhammad Ali. The renowed pugilist passed away earlier this week at the age of 74. Considered to be one of the greatest athletes and personalities of the 20th century, Ali’s fights with Joe Fraizer, Ken Norton, Sonny Liston and past CYInterview guest George Foreman, among others, are some of the most fabled bouts in boxing history. Beyond sports, Mr. Ali impacted the world in many ways with his words, political activism and involvement in social causes. He was, and will continue to be, an inspiration to many.

Though many people are aware of Ali’s great fights in the boxing ring, he also had an experience in the world of pro wrestling. On June 26, 1976, which will be 40 years ago this month, Muhammad Ali got in the ring with the face of New Japan Pro Wrestling, Antonio Inoki. In Ali’s corner was Angelo Dundee and the late pro wrestler and manager, the Fashion Plate of Professional Wrestling, Classy Freddie Blassie. Keep in mind, the Ali vs. Inoki match took place long before the rise of MMA. The late Freddie Blassie is pictured above.

A month before his passing in 2003 at the age of 85, Freddie Blassie told me a story about that famous boxer vs. wrestler match:

“Muhammad Ali was one of the nicest gentleman I ever had the pleasure to meet. He never disputed anything I told him. When he went over to wrestle, fight Antonio Inoki, Inoki kept staying on the mat all the time and kept kicking, and they’d come back in after the end of the round, and Muhammad Ali would tell Angelo Dundee, who was his manager that, ‘I am gonna go out and get on the mat with him.’ And I told him, I said, ‘Don’t you dare do that. It will be the biggest mistake of your life. What he’ll do is break your leg and he’ll break your arm because a boxer has no chance whatsoever with a wrestler.’ Whenever you have a mixed match with wrestler versus boxer, boxer versus wrestler, you can always bet your bottom dollar that the boxer’s going to lose.”

You can read and listen to that entire CYInterview with Classy Freddie Blassie here.

For fellow boxing legend, world champion George Foreman, even though Muhammad Ali would defeat him in the Rumble in the Jungle in Zaire in 1974 for the world title, Foreman had nothing but good things to say about his fellow pugilist in our 2007 conversation. He wished that Ali would overcome his battle with Parkinson’s disease:

“What a great human being. It makes you so inspired to really get out there. I know with science and research we are going to find a cure for that disease. Hopefully it will happen in Muhammad Ali’s lifetime because if there is anyone who deserves a second chance to get their physical health back it’s Muhammad Ali. I am hoping doctors and scientists will find a way. I found my peace of mind when I found God. When I met up with Jesus Christ, I found true love existed in the living God. That knowledge of Jesus Christ changed my life. I didn’t have any time to hate anyone. Life was too short. Only time I had in this life was to love people.”

You can read or listen to our entire CYInterview with George Foreman here.

Finally, when Ali’s greatest opponent, heavyweight champion, Joe Fraizer passed away in 2012 it was the now late boxing historian Bert Sugar who explained to CYInterview the Ali-Fraizer dynamic. It was Muhammad Ali and Joe Fraizer who would have arguably the greatest trilogy of fights in boxing history:

You can read and listen to that entire CYInterview with Bert Sugar here.