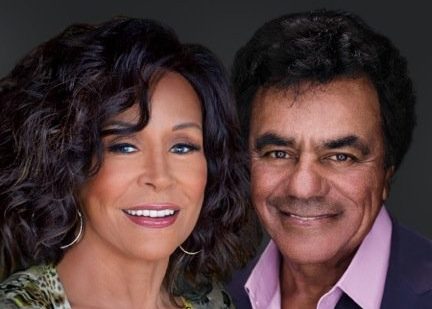 She has been entertaining music fans with her astounding voice since the 1960s. In 1970, Freda Payne’s breakout song Band of Gold went to number 3 on the Billboard Hot 100 in the United States. In 1971, Ms. Payne followed up that hit with another one titled Brings the Boys Home. It was an antiwar song, released during the Vietnam War.

Those two songs are but a small piece of the singer’s extraordinary career. Today, at 79, the venerable performer has a new album out titled Let There Be Love. Ms. Payne’s vocals on the jazz release are as enchanting as they are soothing.

Speaking to us about her new jazz album, Freda said this:

“It’s a dream and being, saying that, means that I’m able to sing the kind of music that I kind of grew up with as a teen and also as an adult, a young adult as well. Also, most people would know me mostly and associate me with soul music, R&B music and pop. But I am really, in all honesty a jazz singer and that’s how I started out.”

Her new album Let There Be Love features a duet with the great Johnny Mathis. You can see a photograph of both these mega talented singers above. On what recording the classic, They Can’t Take That Away from Me, with Mr. Mathis meant to her, Ms. Payne offered this:

“It was just ecstasy. It was like, oh God, he’s somebody that I’ve admired, that’s been around having hit records himself since, I mean really since the early 60s, maybe even the late 50s, but I go back with him like, wow, so far back. And I’ve loved his music, loved and adored his vocals.”

Many people have specific takes on Ms. Payne’s monster hit Band of Gold. Giving her thoughts on the 1970 song, she shared this with us:

“Everybody has their own interpretation and it’s what makes them love a song or it’s what resonates with each person according to their situation or what they imagine it to be.”

And what does she hope people take away from her music?

“Just the fact that they, that it made them feel good and that it was healing in some way and welcomed joy to their life.”

Featured columnist Jay Bildstein joins us for this CYInterview. The 30 minutes is a must listen. You can listen to the entire CYInterview below:

Listen to the entire Freda Payne CYInterview on YouTube:

Find out more about Freda Payne and her latest album at her official website by clicking here.