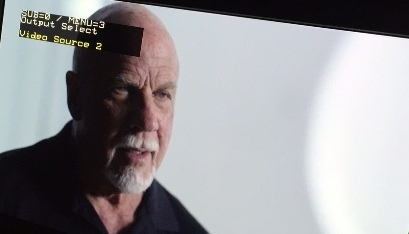 Recently, we welcomed back bodybuilding legend, actor, professional wrestler and all around entertainer Ric Drasin. The host of the popular YouTube show Ric’s Corner gave us an update on his recent health challenge and told us former WWE Champion and actor Steve Austin visited him in the hospital [see here].

Known as a man from the golden age of bodybuilding, Ric trained at legendary iron pumping establishment Gold’s Gym in Venice Beach, California, with bodybuilder supreme, Hollywood action star and former Governor of California Arnold Schwarzenegger. In a few weeks, the National Geographic Channel will be showing a documentary titled Facing Arnold Schwarzenegger. It airs on September 27th at 9:00 PM.

On what he hopes people take away from his interview with the National Geographic Channel for the documentary Facing Arnold Schwarzenegger, Ric Drasin told us this:

“The motivation in the gym, he [Arnold Schwarzenegger] was extremely motivated, which motivated me and I’m extremely motivated myself, but even that helped even more. And then you carry it to other levels because bodybuilding takes discipline and discipline can get you through life. It made him the top bodybuilder, it made him the top box office and it made him a Governor. He had that much drive and discipline. Now there’s a lot of people who say they do, but they don’t prove it because they don’t take the extra mile to do it.”

Ric told hours of stories for the documentary. Here are a couple of Arnold Schwarzenegger stories he told us:

“Once he got in a fight in a gym. Somebody started a fight with him. It was like two cats scratching each other. As big as he was in tough movies, he couldn’t fight. He just couldn’t fight. It was a scratching match and everybody broke it up. And it was really kind of fun to see this guy against a big guy and neither one of them were making any headway. But he would take me out to [Joe] Weider’s with him and he had to collect a check. And Joe would always say, ‘You know, I don’t have enough money. I can’t pay you.’ And Arnold said, ‘Don’t give me that crap.’

And he pulled his checkbook out of Weider’s pocket, he’d fill out and he says, ‘Now sign it!’ And he signed it and that’s how he got his money. He forced him to write the check and took the check so we could go. But he had to go out there and actually literally take it from out of his pocket and fill it out so Joe would sign it. And Joe had plenty of money. I just don’t think he liked to sign checks.”