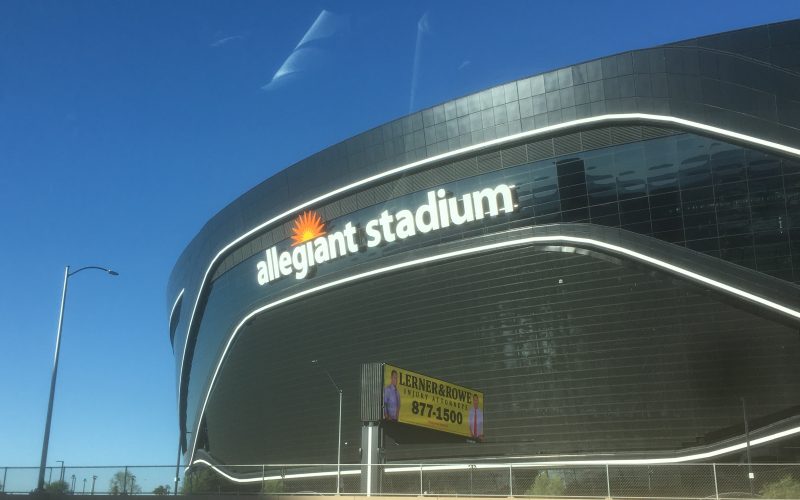 Above is a picture, taken yesterday, of Allegiant Stadium. It is home to the mighty Silver and Black, the Las Vegas Raiders of the National Football League. Go Raiders!

This weekend will be the biggest game the Raiders have played during their inaugural season. The NFL team will welcome the defending Super Bowl Champion Kansas City Chiefs.

The Raiders are currently 6-3. For many, the team has already surpassed expectations this year. With seven games remaining, the Silver and Black are in the middle of the AFC playoff race. With a second win over the Chiefs on Sunday, the Las Vegas home team will be in a good position to win the AFC West.

Additionally, there has been some discussion on social media that past CYInterview guest Raiders rookie Javin White could be on the active roster this weekend and be promoted from the team’s practice squad. We wish Javin, formerly of UNLV’s Rebel football team the best. He is a hometown hero. We believe his time is coming and that he will soon to be on the Raider’s gameday roster. You can see our two CYInterviews with Javin, earlier this year, here and here.

During these challenging times for Las Vegas, the Raiders have been a bright spot for the town. The game against the Chiefs will be one of the best, this coming NFL Sunday. Go Raiders!