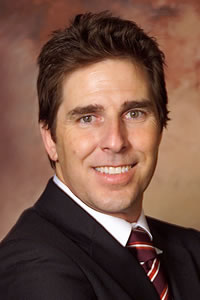 With Lindsay Lohan reported to be leaving the Betty Ford Center this coming week, many are wondering how she will handle post-rehab life. Some media outlets have relayed that Ms. Lohan is going to work with a sponsor as part of her transition back to everyday life. According to the same reports, she has also scheduled some AA meetings.

Back in 2007, at the beginning of Lindsay’s personal troubles, hypnosis specialist George Kappas stopped by CYInterview to discuss Lohan and her difficulties at the time. Kappas is the Director of Behavioral Science Centers and its college/clinic, the Hypnosis Motivation Institute (HMI) in Tarzana, California. As a side note, he is also the stepson of legendary actress Florence Henderson – of Brady Bunch fame – who recently had an inspiring run on Dancing with the Stars.

Listen to the George Kappas CYInterview:

With Ms. Lohan apparently open to various methods to aid with her recovery, Kappas says that hypnosis can be a great add-on for someone who has been through various rehab programs.

“Hypnotherapy or hypnosis can be useful in assisting someone who’s been through a treatment program or a treatment process like a 12 step program…It can help somebody to stay motivated and to deal with their stress and to stay on track, but it’s really there to assist them in their treatment, not replace their treatment.”

Mr. Kappas wants to remind people that just because Ms. Lohan will be done with rehab next week, it does not mean she is cured. He says that hypnotherapy could help Lindsay to remain focused on the fact that recovery is a long process; something that will present a challenge for a long time. Hypnosis would, in his estimation, assist in keeping her committed to her drug prevention program and staying clean.

“It would be helpful for her to really remain committed to her program…The individual has to stay as diligent and as focused after they leave and that’s where hypnotherapy could assist someone to really remain focused on the fact that this is something that’s going to require their full attention, especially for the first year because it’s easy to get distracted and to drift. But again, leaving Betty Ford does not mean that she’s in any way cured or done with her treatment. It’s really more of an education program where they educate her on what the treatment is…It would be a great adjunct. Just mustering up the willingness to do what’s required and to help them with developing their spiritual awareness and to help them stay motivated and deal with the stress, the frustrations and the feelings that are new to them. It’s a great adjunct as long as they stay involved in a treatment program.”

Since we had George with us, we also wanted to ask him how he thought his step mom Florence Henderson did on Dancing with the Stars?

“We were very pleased and very proud as her family. We just thought she did a terrific job. So we were happy and we thought it was a great experience for her and hopefully motivating for a lot of people in her age bracket out there.”

Ms. Henderson lasted five weeks on Season 11 of ABC’s hit Dancing with the Stars. I wondered if she used any hypnosis techniques to prepare for the show? George believes she did.

“I believe that she used some imagery, some – what we call therapeutic imagery – to see herself getting through the trials, the exercises and the preparation that was required.”

You can find out more about George Kappas here

You can find out more information about the Hypnosis Motivation Institute at http://www.hypnosis.edu/

2 Replies to “George Kappas: Hypnosis help for Lohan; Florence Henderson, Imagery and Dancing with the Stars”