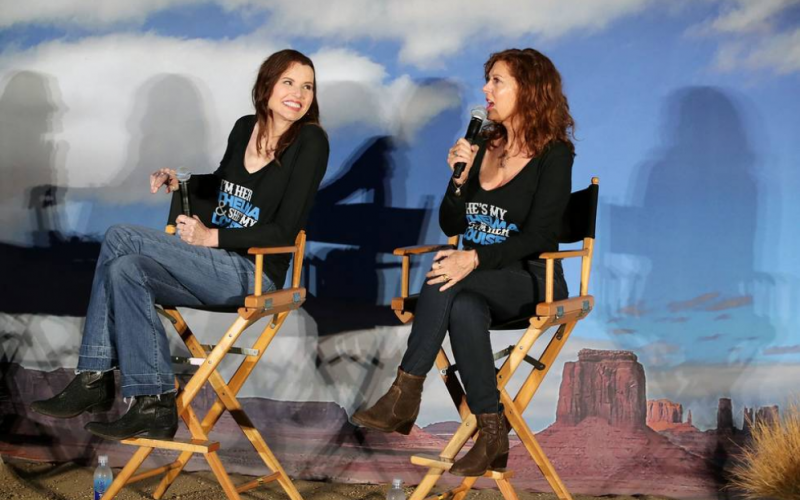 Last week, actresses Geena Davis and Susan Sarandon were reunited for the 30th anniversary of their hit 1991 movie Thelma and Louise. The event took place at the Greek Theatre in Los Angeles, California, with a special screening of the picture.

The film’s famous 1966 Ford Thunderbird was showcased at the event. Money raised from the event will benefit the Geena Davis Institute on Gender in Media and the LA Regional Food Bank.