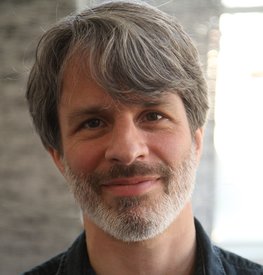 With the Academy Awards next weekend, one filmmaker will be going to the ceremony for the fourth time. Filmmaker Marshall Curry has received nominations in the past for his various documentaries in the Best Documentary Feature and Best Documentary Short categories. For this year’s Oscar nomination, Mr. Curry has been nominated in another category, this time for a fiction project. The director and producer’s film, The Neighbor’s Window, is nominated in the Best Live Action Short Film category.

The 20-minute film focuses on a married couple who live in apartment building with their children. Their life takes an interesting turn when they start watching their neighbors’ activities through the window of their apartment. These neighbors live on the same floor they do, in a building across the way.

The Neighbor’s Window is chockablock full of emotions, including love, happiness, frustration, anger, sadness and empathy among others. This short film will make you feel many things in a short period of time.

Speaking of this year’s film and his fourth Oscar nomination for The Neighbor’s Window, Marshall Curry told CYInterview this:

“As you know, most of my career has been making documentary films and this is my first, my first foray into fiction film. It was really exciting for me to get to work with a really terrific team and I’m really pleased with how people have been reacting to it. … It’s not something that one gets use to. Of course, I do have to point out that I’ve always been a bridesmaid but never a bride. Well, you know, we’ve never been able to take home the award, but it’s incredibly gratifying to have people react to my work and my team’s work that way.”

Last year, we had on the filmmaker for his then Oscar nominated documentary short, A Night at the Garden, about a Nazi rally that took place at Madison Square Garden in 1939. You can see that CYInterview by clicking here. With the increase in hate crimes against Jewish people in America, featured columnist Jay Bildstein and Marshall Curry discuss how A Night at the Garden is relevant to the attacks on Jewish people taking place today.

We recently discussed anti-Jewish hate crimes with author, attorney and professor Stanley A. Goldman, whose mother was a Holocaust survivor. You can see that by clicking here.

Looking back at A Night at the Garden and how history in general is relevant to today’s America, Marshall Curry said this:

“We do have an administration that attacks the press, that cheers violence against protestors, that encourages, that, you know, talks about which Americans are really Americans and which ones aren’t. That in fact ran for President on the platform of banning a minority religious group from being allowed into our country. And, you know, the film doesn’t mention the current administration, it’s literally, entirely archival footage, but the comparison and the warning about demagoguery is pretty clear.”

We wish Marshall Curry the best of luck at next weekend’s Academy Awards. You can listen to the entire CYInterview below:

Those wanting to watch the Oscar nominated film The Neighbor’s Window in full can do so by clicking here.

You can check out Marshall Curry’s official website clicking here.

You can find Marshall Curry on Twitter clicking here.