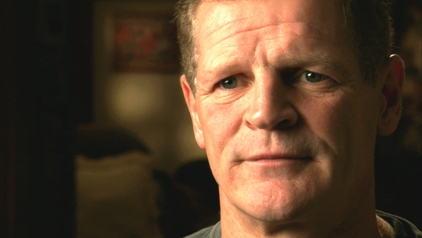 In recent years, we have seen numerous accounts of what happens to professional athletes after their careers are over. More than ever, we are seeing the pains athletes deal with after they leave their sports. This could be physical pain, the pain of broken relationships or financial pain.

A new documentary, The Last Gladiators, explores the life of some of hockey’s toughest players – known in the sport as enforcers – long after the games are over. At the center of the piece is Chris “Knuckles” Nilan. The former Montreal Canadien, Boston Bruin and New York Ranger spoke candidly about the personal challenges he has faced during his life and the pain he lives with every day from having played professional hockey.

Chris Nilan joins me for a candid discussion focusing on where his life is today. You can read the highlights and listen to the entire CYInterview below:

Candid about his life struggles in The Last Gladiators, Chris says being part of the documentary and talking about his life was not tough compared to things he has been through:

“The toughest thing was facing my transgressions in life and going into treatment and getting well and realizing that I had a problem with painkillers and eventually heroin. That was probably the toughest fight and still is today, but you know I went into treatment, I did well there and then I got out and I decided to do this film. … I found it would be something that would one, keep me busy and two I thought I’d have fun with it and I did and it felt a little bit like an extension of my therapy talking about it. I didn’t have a problem before, people knowing that I was messed up and everything. So to be able to bare my soul wasn’t that difficult to be honest with you.”

On how he’s doing today, the hockey enforcer says this:

“I struggle with some pain, arthritis and stuff in my hands, my knee, my ankle. You know I had some issues, I woke up in pain every day. I deal with it differently today than I did a few years ago, but you know, things are well. My life is back on track. I’m pursuing a radio career here in Montreal. I’m on between periods of all Canadiens games, on every night for 20 minutes during the week and hopefully someday I’ll get my own show.”

Directed by Academy Award winner Alex Gibney, The Last Gladiators shows the life of hockey’s great tough guys, known as the NHL’s enforcers. Enforcers were players on a team that would get into fights to either protect another player or to prove a point. Chris says all athletes have to deal with life after the game:

“I think not just NHL stars, I think all athletes deal with it whether you’re a hockey player, you’re a football player, basketball or baseball player, they all deal with it. It’s transitioning out of the game that you played your whole life, that you love and you enjoyed playing, and it’s taken away from you at an early age in a lot of cases.”

When it comes to his persona, on the ice, as Chris “Knuckes” Nilan, he says it was not something that was part of his every day life:

“The deal is with me I know who I am. I always have. I found out who I was at a young age. I know a lot of people struggle with that. I know who Chris Nilan is. I’m not necessarily – “Knuckles” is the nickname. Yeah, I earned that by fighting in hockey. But you know I know who I am as a person. I was always comfortable with that. I still am today. The only time I lost myself was when I got involved in drugs and alcohol and that truly hurt. I didn’t know who I was anymore. I wasn’t the person I knew I could be in life. In order to get myself back and get the real Chris back, I had to get into treatment and get help. So no, I don’t believe it hurt me at all.”

In his 13 seasons in the NHL, Chris Nilan accumulated over 3000 minutes in the penalty box. One time Nilan even threw a puck at another player while in the box. Speaking about his tough guy abilities on the ice, he says this:

“I felt I could take on anybody, you put it that way. You know, the toughest? Does that mean I’m the toughest? I don’t know. You have to ask someone else. But I know I didn’t back down from anybody and I did my job night in and night out whether it was throwing a puck at Paul Baxter or breaking someone’s nose with a punch. You know, I didn’t do that when I threw the puck at Baxter, I didn’t do it so much for the team. It was kind of a selfish thing to do because he, stick in the eye and cut me open and told me he was gonna give it to me in the other eye. So I figured I would get him before he got me and I did.”

In many cases, it is said that the careers of professional athletes lead to personal problems. Chris says his hockey career was not the root of his personal issues:

The Last Gladiators can be currently viewed on Video on Demand. You can find more information at the film’s official website clicking here.