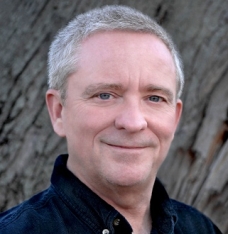 If you want an insightful perspective on why the American political system is currently dysfunctional, talking to a former member of Congress is a good place to begin. From 1995 to 2006, Congressman Bob Ney of Ohio served during a time of economic prosperity. He and other Republican leaders worked with President Bill Clinton to balance the budget. It was a time when compromise still existed in Washington. Today, the word compromise is not something that often comes up regarding Democrats and Republicans.

Back in 2013, we spoke with Congressman Ney about his book Sideswiped: Lessons Learned Courtesy of the Hit Men of Capitol Hill [see here]. Since then, he has become part of the media providing political analysis for Talk Media Service. He appears on numerous radio stations across the country. Additionally, this year he attended both the Republican National Convention and the Democratic National Convention, where he had a front row seat to both parties’ troubles.

We welcome back Congressman Ney to give us his thoughts on the 2016 Presidential Election, the dysfunction in Congress and the state of America. Featured columnist Jay Bildstein joins us for this 40 minute plus segment.

On who he thinks will win the 2016 Presidential Election, former Congressman Bob Ney says this:

“This election is still up in the air. I know if the vote were held today it be for Hillary Clinton. But there’s so much going on that that is an upheaval that it’s still gonna be, I think a close race. But no matter who wins, there is going to be a, two things happen. Whether its Hillary Clinton or Donald Trump, they’re going to enter the White House with a vast majority of the country against them number one, as we have never seen in an unprecedented way.

In the 2016 election cycle, there has been little talk about the national debt and the fiscal challenges America faces. Former Congressman Ney believes these are the issues that impact Americans most:

“In my opinion, the number one issue in this country bar none is how you live, how you, and I’m not talking about your civil rights, you know, or something of that nature right now, but how you live economically. And 17 trillion is strangling black and white and you know, straight and gay and middle class and the poor. I mean, it’s strangling everybody of any walk of life that cares about other issues, if you can follow my point. So I know, personal issues.

When former Speaker of the House Newt Gingrich and former President Bill Clinton were both in office, the Democratic White House worked together with the then Republican Congress to pass legislation. If the Republicans maintain leadership in Congress, the former Congressman believes Hillary would be a better person for the Republicans to cut a deal with than Donald Trump:

“I go to the flashback of being in Congress with Bill Clinton where the only dumb thing some of my colleagues did was they tried to go out in the election and say we did it all and not Bill Clinton. That was stupid. That was dumb. You know, I gave him his credit. He signed our bills. Now that’s how I put it. He signed the bills we gave him. Ok? So that way we originated it, you know.

But having said that, if I thought Hillary Clinton was like Bill Clinton, I could absolutely, undeniably say to you today she’s gonna get in there and they’re gonna cut some kind of deal. Now I still think she probably will be a better person for the Republicans to get a deal cut with than Donald Trump.”

Today, the former Ohio Congressman works for Talk Media Service where he provides political analysis to a variety of radio programs. On if he will ever run again for Congress, he told us this:

“I’d run as an Independent. And I’ve fantasized about the lines I’d use. I’d say, ‘Ok, these two don’t want to talk about the fact that they haven’t been able to do anything. They’ll want to talk about Jack Abramoff. Raise your hand if you want to spend this hour talking about Jack Abramoff?’ I mean, I’ve thought about this. One of my newspapers, the main newspapers publicly asked me to run twice last year. And I just am not to the point where I really think that I could do anything out there. So I just put it by the wayside right now.”