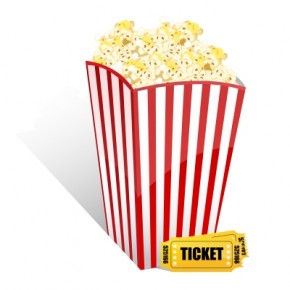 For your consideration, time flies when you’re having fun – and sometimes even when you aren’t – but good movies are timeless. Well, not exactly timeless. Okay, sometimes not timeless at all. How about this? Time marches on but a good movie can entertain people for decades. Never mind. I’ll stop trying to say something catchy.

Here you go. This is what’s on my mind. Three movies I really enjoy are all celebrating some big birthdays this year and next.

First up, there is Ferris Bueller’s Day Off, which remarkably turns 25 years old this year. Has it really been a quarter of a century since Ben Stein, as a monotone economics teacher was filmed asking, “Bueller, Bueller, Bueller?” Written and directed by the late, great John Hughes, the film stars Mathew Broderick in the title role and Mia Sara as his friend/girlfriend, along with a talented cast.

I liked this film when it came out and I continue to like it. Ferris is a buck – the system kind of guy. He’s a kid who wants to have fun and seemingly knows his way around the rules of high school. He’s kind of a good guy, high school outlaw – the good, bad boy if you will. I can shut up now. Seriously, the film just makes me laugh. I never tried to philosophize about it before.

Shaft, starring Richard Roundtree, is 40 years old this year. A later Shaft film was made in the 2000s with Samuel L. Jackson as the star and Richard Roundtree as his uncle. Why do I like the dated, 1971 original so much? One answer, the theme song by the late, great Isaac Hayes. The theme from Shaft is arguably one of the greatest pieces of movie music ever. I could wake up to it everyday.

Last but not least, one of the most iconic movies in history, The Godfather, is now 39 years old. Next year it turns 40. Too great a film to describe in a couple of paragraphs, I’ll simply say this masterpiece by Francis Ford Coppola absolutely stands the test of time. Marlon Brandon, Al Pacino, James Caan [see CYInterview here with Caan], Robert Duvall, Talia Shire and more, they’re all in it. I will be writing much more about this film in coming months. Enough said.

Oldies but goodies, each for different reasons.