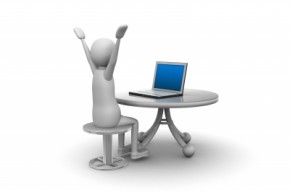 Most people are familiar with fear of failure. We want to accomplish something – often something we have not done before – and we become afraid that we will not achieve it. We begin to focus on not succeeding instead of how to succeed. This thinking can easily lead us to an emotionally frozen state.

In fact, we fail to do what we want to do because we become filled with self-paralyzing anxiety, stopping us from pursuing our goals. We become the impediment to our success. This fear of failure leads us to defeat before we even make a bona fide attempt to succeed. We are defeated by fear, not by a lack of ability.

In fact, in life in general, lack of ability is not what stops us from accomplishing our dreams. Most of us have enough innate ability that if we work consistently at accomplishing a goal, it will be within our reach.

Some people know, or should know, that if they attempt to do something they will likely succeed. They are not bound by a paralyzing fear of failure; rather, they are stuck in place by the fear of succeeding.

Human beings, by nature, tend to be status quo keepers. Like all biological organisms, we seek homeostasis; we want to keep and maintain balance in our lives. Unfortunately, we often perceive balance in terms of the life we are living. The thought that we could improve things – doing better at our jobs, selling more if we work in sales, changing our careers if that is what we dream of – often shakes our feelings of balance.

Success is a form of change; it is change for the better. However, change frequently means embracing what appears to be unknown. For example, we might say we want to make more money, but, subconsciously, the thought of it might cause us to enter a state of fear often associated with a lack of certainty.

We should resolve to cast aside both fear of failure and fear of success. When it comes to succeeding, we need to define a goal, make a plan and work it consistently.

As for fear, for the New Year, we might want to bear in mind this quote from William Shakespeare’s play, Measure for Measure, “Our doubts are traitors, and make us lose the good we oft might win by fearing to attempt.”