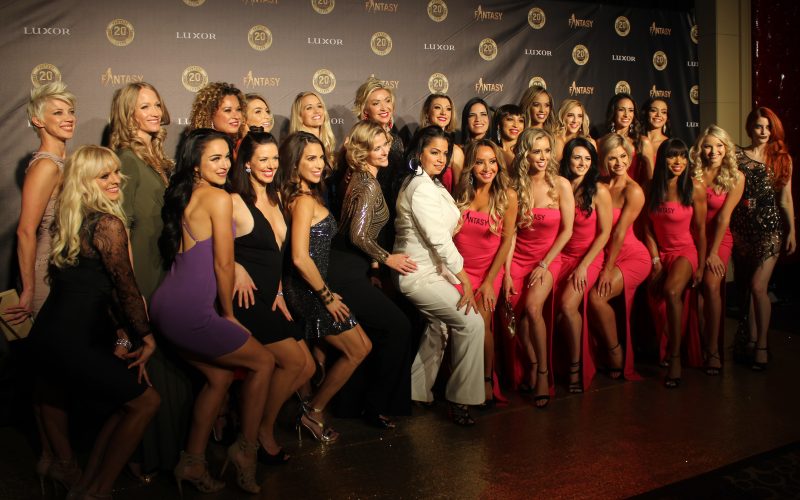 Earlier this week, we told you about the Las Vegas female revue Fantasy and its 20th Anniversary celebration [see here].

Above you will find a photo of Fantasy’s current cast on the right and on the left some of the performers who have been in the show over the last 20 years. It really was an amazing sight to see so many talented people come together for one of the Entertainment Capital’s longest running shows, which makes it home at the Luxor Hotel and Casino.