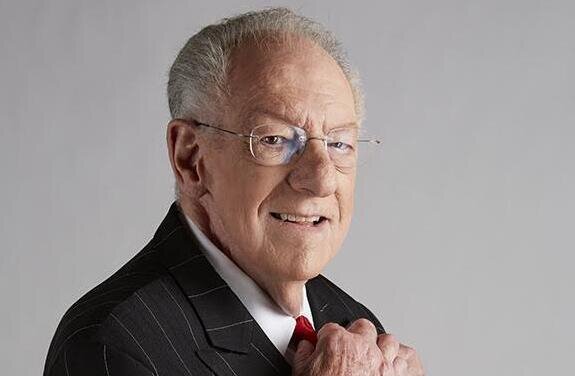 In Downtown Las Vegas there is a restaurant named after the famous former Mayor of Las Vegas, Oscar Goodman. The eatery, at the Plaza Hotel and Casino, Oscar’s Steakhouse, has received ongoing recognition as a restaurant worth visiting in the Entertainment Capital of the World. Mr. Goodman’s wife, Carolyn Goodman is the current Mayor of Las Vegas.

Before becoming Mayor of Las Vegas, from 1999 to 2011, Mr. Goodman was a renowned criminal defense attorney. He represented some of Las Vegas’s most famous characters including Tony Spilotro and Frank Rosenthal. Those two men’s life stories inspired the characters of Ace Rothstein and Nicky Santoro in the Martin Scorsese film, Casino. Oscar Goodman has a small role in the movie, playing an attorney in a scene with Robert De Niro and Sharon Stone.

The former Mayor’s experiences and knowledge of Las Vegas history has led Oscar’s Steakhouse to host special dinner parties, where the attorney and raconteur shares stories of the city’s intriguing past. Tomorrow night at the restaurant, Mr. Goodman will give a presentation on Frank “Lefty” Rosenthal starting at 7:00 PM.

Sharing his thoughts on Oscar’s Steakhouse, the former Mayor said this:

“We have a great clientele, terrific chef, the food’s outstanding, there’s a great vibe. … As time went on, they said, ‘You know, you have a very interesting history and wouldn’t it be nice if you could share it with the folks who are eating here.’ And they started a dinner series and we’ve been doing it I think for five or six years.”

Speaking of the period in Las Vegas history where organized crime held sway in the Entertainment Capital of the World, Oscar offered this:

“A lot of people like to deny that part. They like to deny that we were Sin City. They like to make us into vanilla ice cream and that’s not what we are. We’re the only city that I know of that was born from the mob. That’s why we started the Mob Museum here because it fit right into what we’re trying to accomplish in our Downtown area. … It wasn’t necessarily the gambling, but it was the mystique Las Vegas has.”

Reflecting back on his time as Mayor of Las Vegas, Mr. Goodman shared this:

“When you’re the Mayor, you tell the people the truth and they’re very understanding. I had no problem at all telling them exactly how I felt because I always felt I did the right thing. I know there was no corruption, there was no intent to hurt anybody. So how wrong could I be if I tell them the way it was.”

Speaking about his role in the 1995 movie Casino, the attorney admitted that it was challenging for him:

“I’ll never forget Robert De Niro came up to me and he said, ‘Oscar’ He said, ‘Don’t, don’t, don’t feel bad about this.’ He said, ‘Marlon Brando used cue cards too.’ So that made me feel much better.”

Featured columnist Jay Bildstein joins us for this CYInterview where he talks with Mayor Goodman about cancel culture, whether or not America glorifies criminals, legalized prostitution and more.

You can listen to the entire 30 plus minute CYInterview with Oscar Goodman below:

Listen to the entire Oscar Goodman CYInterview on YouTube:

You can find the official website for Oscar’s Steakhouse by clicking here.

You can find Oscar Goodman’s official website by clicking here.