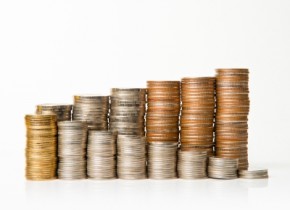 Unemployment in the United States stands at a reported 9.1%. There are those who say one of the reasons it’s tougher to get a job in today’s America is because many jobs have been exported overseas. I believe there is some compelling logic to that point. Does this mean the answer to the U.S.’s employment woes is becoming protectionist when it comes to trade?

I would answer a qualified no. However, I think America’s long term economic health will be, to some extent, determined not by whether the nation simply continues with free trade but whether it embraces reasonable trade.

How is the United States, a nation with a $7.25 federal minimum wage and plenty of laws to protect workers and the environment – good things I might add – supposed to compete with nations where the wage paid a factory worker might be something on the order of a buck an hour, perhaps less?

In the U.S., the minimum wage is not a “living wage” and consequently many workers make considerably more. And that does not even begin to address how much American industry has to invest in workplace safety, cleaner-greener manufacturing processes, etc.

Do I think a living wage should be paid to workers? Absolutely! Am I for green technology? Hey, without it, in the long term, we won’t have much of a world to live in, so yes. Do I believe it makes sense for an advanced society, with worker protections and all kinds of other good stuff to have to compete with factories abroad which are little more than the equivalent of ships being rowed by slaves – think of the classic movie Ben Hur – no!

Yeah, what to do. The world has become, to a great extent, one giant interconnected economy. Some companies we tend to think of as being U.S. corporations are, in actuality, multinational corporations. Shutting our doors to trade or ratcheting up tariffs to high levels, I believe, would do more harm than good.

That said though, we’ve got to get control of the trade issue or it will be hard to be competitive. Developing more opportunities for skilled labor certainly will help, especially if companies in the U.S. are given incentives to train that labor. Products calling for higher levels of skill are less likely to be made in draconian sweatshops.

Also, it is possible that some trade tariffs will have to be raised modestly – emphasis on the word modestly – to help level the playing field and bring back some jobs to the United States. I suspect, those tariffs might likely have to be placed on some non-North American nations, nations whose working conditions and wages make competing with them virtually impossible.