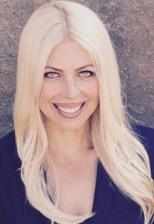 The holiday season is here. People are celebrating special days all across the world. In some cases, people will eat a larger main course and more dessert. So how does one navigate the eating bonanza of the holiday season? To help with this, we welcome back neuroscientist and CYInterview regular Dr. Kristen Willeumier to tell us how we all can eat well during the holidays.

While at the Amen Clinics, Dr. Kristen Willeumier taught weight loss courses that included former NFL players. She tells us we should all practice something called mindful eating, where we take note of what we are eating and what types of foods we are consuming.

For a lot of healthy eating suggestions, you can read the highlights and listen to this CYInterview below:

You can read the highlights and listen to the CYInterview below:

With all the indulging that goes on during the holiday season, Dr. Kristen Willeumier tells us why mindful eating, which is paying attention to what you are eating and how much, can be very helpful to your body’s overall health:

“Historically, people have a really hard time taking weight off and I think that’s why if we really start to employ mindful eating within our regular, sort of day to day eating, we won’t have to worry about the three months or the five months of this sort of holiday season where you put this extra weight on the body. We’re gonna start to have habits and behaviors where it just won’t happen.”

On how your plate of food should look for your holiday meals, she suggests this:

“So you want the plate to be 70 percent vegetable, 30 percent protein. So take your protein, whatever it is, the turkey, the chicken, the lean beef, the ham and combine it with green. So there’s always going to be a salad there and then you can have a sweet potato. So think about it like that. Two thirds of the plate is going to be your vegetables, one third will be your protein. And I think that’s a very smart way to eat for the holiday.”

As someone who worked on dieting techniques with former NFL players at the Amen Clinics, Kristen tells us what people can do if they want to eat more during the festivities:

“If you really like to eat over the holidays, this is what I used to teach the NFL players in my NFL weight loss group, is I would have them eat almost like two meals. So if they really wanted to indulge, say you’re gonna have your first meal at 4:00 or 5:00 [PM], give your body about an hour and a half to digest it and then have your second round. So that’s a way to do it where you’re gonna have a smaller amount of calories in one sitting, you’re gonna allow your body to digest that and then have sort of have a second mini meal.”

But if you are someone who wants to keep the pounds off during the season, she says people can do this:

“The number one thing people don’t do is track the food they eat. So if you really want to get serious over the holidays and lose weight, I want you to keep a journal and literally track the calories you’re eating.”

Editor’s note: Before embarking on any exercise or diet program, seek approval from a qualified physician.